As we well know, Kubuntu is one of the most used official Ubuntu flavors due to the great news that it always presents and the great ease of customization of its KDE desktop. A couple of days ago we told you Jonathan Ridell's retirement from KubuntuBut it's not all bad news.

And it is that Kubntu 15.10 comes with KDE Plasma 5.4.2. If you want, you can read all its news in its official announcement. But still, in Ubunlog we will give you a short summary.

In the announcement, we can see that they speak to us of many news. Among others we can see how they emphasize the desk polish, which has been rewritten so that it is now lighter while maintaining the usual settings. 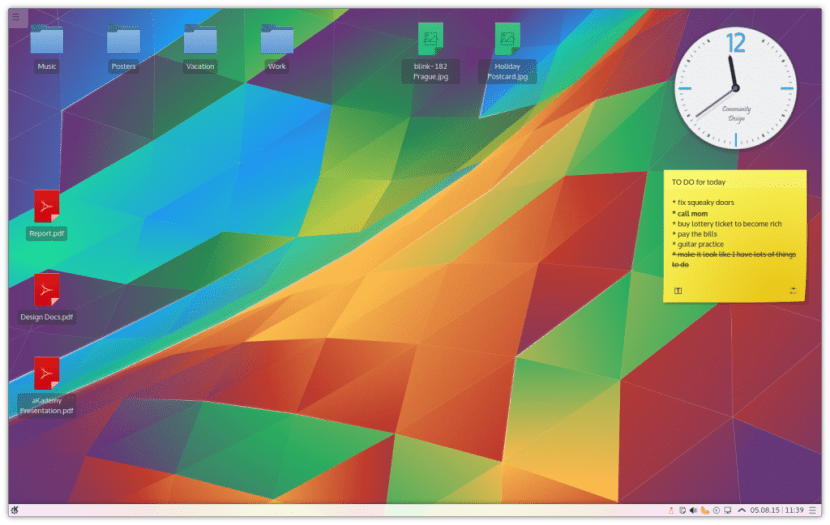 Also, we see that Kubuntu 15.10 will come with KDE Applications 15.08, which contains all common KDE applications, such as the Dolphin file manager. This is the first stable update, and contains corrections of bugs and translation updates. We can also see that they also mention us a listing on the bugs that are currently known.

If you want, you can take a look at the video that summarizes the content of this post and appreciate all the advantages that we have talked about and many more:

The news that we see in this new Kubuntu 15.10 are very interesting and the truth is that, as we have said, it would be a shame if Kubuntu stopped being an official flavor. Hopefully the Kubuntu developers and the Ubuntu Community Council have come to a conclusion and hopefully this will be Kubuntu's permanence as an official flavor.