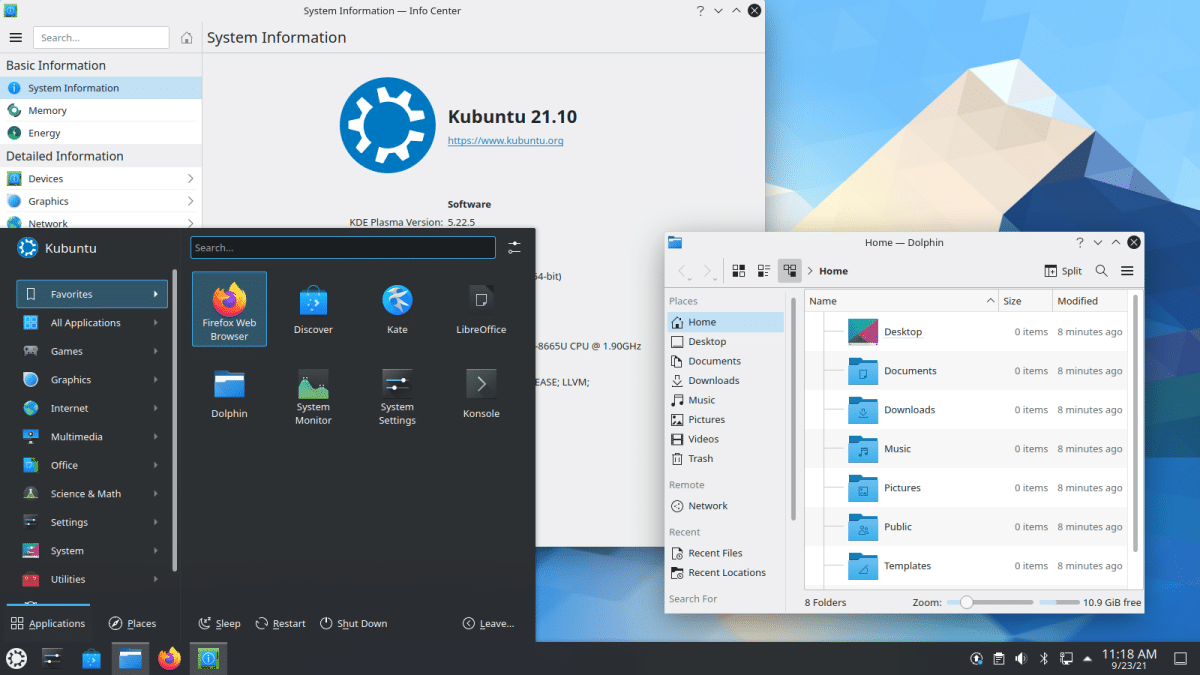 And, without counting on Kylin who is destined for the Chinese public, we are all there. Images and release notes for Ubuntu, Ubuntu MATE, Ubuntu Budgie, Ubuntu Studio, and Lubuntu Impish Indri were released yesterday, but the Xfce and Plasma desktop editions were missing. Today the Xubuntu 21.10 and Kubuntu 21.10, and it is the KDE edition that closes the circle of this family.

Until a few moments ago, when trying to download the latest version, it redirected us to old images. Now we can see Kubuntu 21.10 among the options, but in the notes from this release There is an error and 21.04 appears in the headline (Doh!). Where it is fine is in the notes on wiki.ubuntu.com, where they tell us what it uses plasma 5.22.5 and the rest of outstanding news.

Between the known issues, it is mentioned that ZFS as root is not available in the GUI version of the installer, that clicking URLs in the Kubuntu installer slides goes nowhere, that Ubiquity does not display any labels in the fields when choosing one password encrypted with LVM and that the automatic selection of the keyboard layer no longer matches any region on the "Where are you" page.

The version of Plasma included by default is plasma 5.22.5, but KDE will allow you to upload to Plasma 5.23 if the project's Backports repository is added. The new ISO image is available at this link, but it can also be updated from the same operating system.