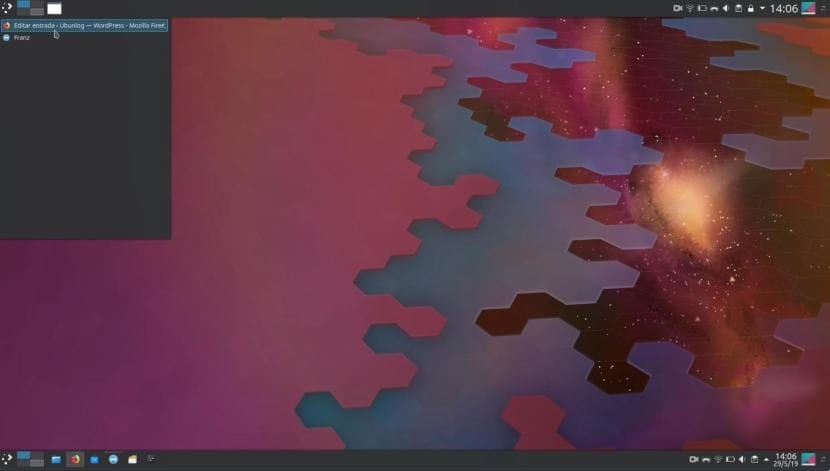 Kubuntu is so customizable that it is unlikely that we will know and memorize all the options it offers us. In that sense, it is very reminiscent of Ubuntu before moving to Unity or the current Ubuntu MATE, but with a much more careful image. In fact, I would say that it is easier to configure. What we are going to talk to you about today is the different Kubuntu panels or Kubuntu Dashboard, more specifically in the central part where the open applications are displayed.

How can we do with the Application Launcher (here! you have them), which has the symbol of Kubuntu, Plasma or another depending on the chosen theme, the Task manager It is available in three different options: Task Manager, Task Manager with Icon Only, and Window List. To access them we just have to right click on the bottom bar (where there are open apps) and choose "Alternatives", select one and click "Change". Each has its own functions.

Kubuntu Panel has alternatives for all tastes

If you are wondering, yes you can get to have a Dock in Kubuntu without having to install anything. To do this, simply create a panel, center it and add the Task Manager with only icons. The downside, of course, is that we would have to put the Tray and the Application Launcher elsewhere. In the following (short) video you can see the three options, how to switch between them and how to turn a panel into a substitute for Dock. I have done it above to not change anything in the configuration of how I have it now, but it can be done on all 4 sides of the screen.

What is the Kubuntu Panel that you like the most?

Full path to article: ubunlog » Ubuntu-based distributions » Kubuntu » Kubuntu Panel, the three types of panels that we should all know