The move from GNOME 2 to Unity, and the arrival of GNOME 3, sparked a big buzz in the community of users at the time of its appearance. Many disagreed with this change, and strongly requested that Ubuntu leave Unity and go back to using GNOME 2.

The second version of GNOME was the quintessential Ubuntu desktop, and there were so many users who claimed their return that a group of devs took the GNOME 2 code, did a fork and the result was MATE, a desktop that has been winning integers over the years. In this article we are going to show you how to install the version of Ubuntu with the most classic flavor, we are going to give you post-installation tips and something else. Let's go there!

Ubuntu MATE version 15.04 is the first to feature the Canonical official recognition, and for this occasion they bring us what is, for my taste, one of the most interesting flavors of this new batch, perhaps because of that aftertaste Retro that distills. 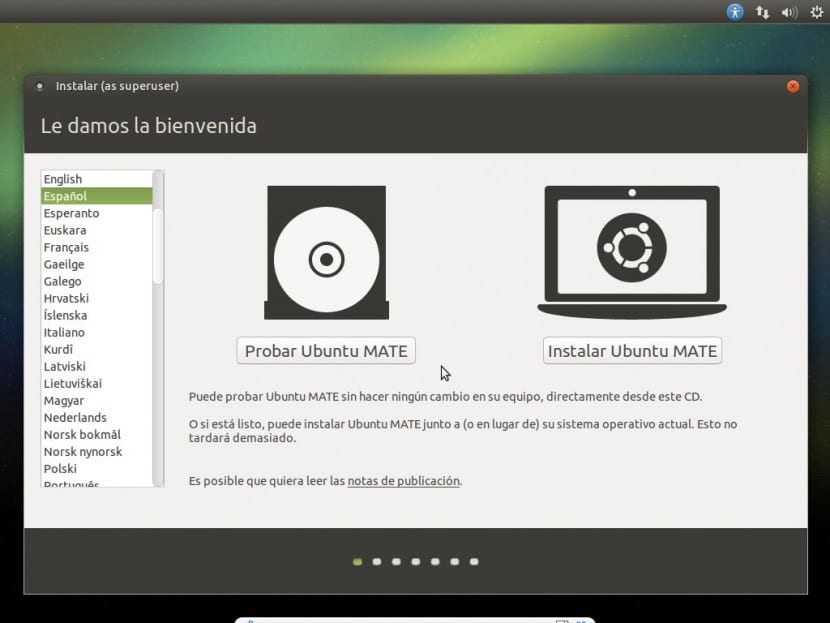 As we mentioned in the Kubuntu 15.04 article, this will be the first thing we see as the liveCD or  live USB start. As we discussed yesterday, you can test the system without installing it and then have it natively on your computer. 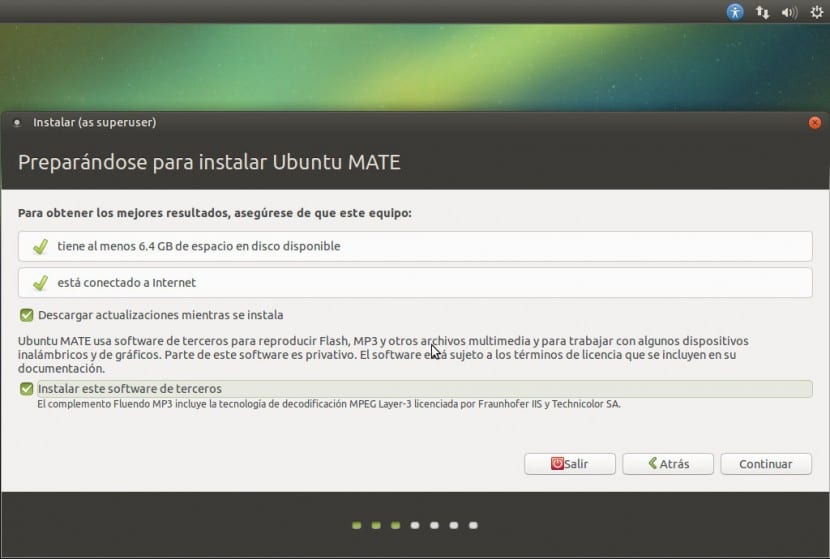 It is important check those two options if we depend on many third-party plugins, such as the codec MP3 or Adobe Flash. 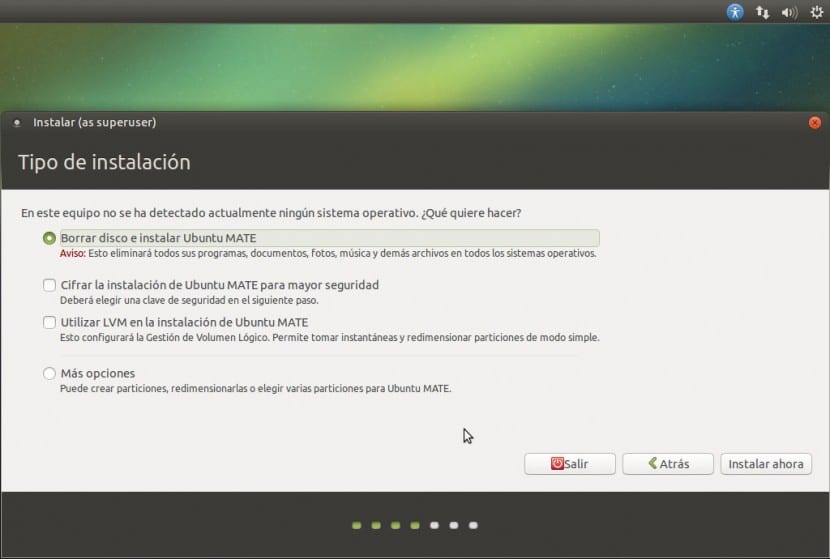 Here we can choose if we want use the entire hard drive to install Ubuntu MATE or if we want to have it together with other systems. Since this installation has been done in a virtual machine, the option to resize the disk to install it together with another system has not appeared, but when you install it you should be able to see it. If it does not appear you will have to use manual partitioning, which as we discussed yesterday will require you to have knowledge on how to carry it out. 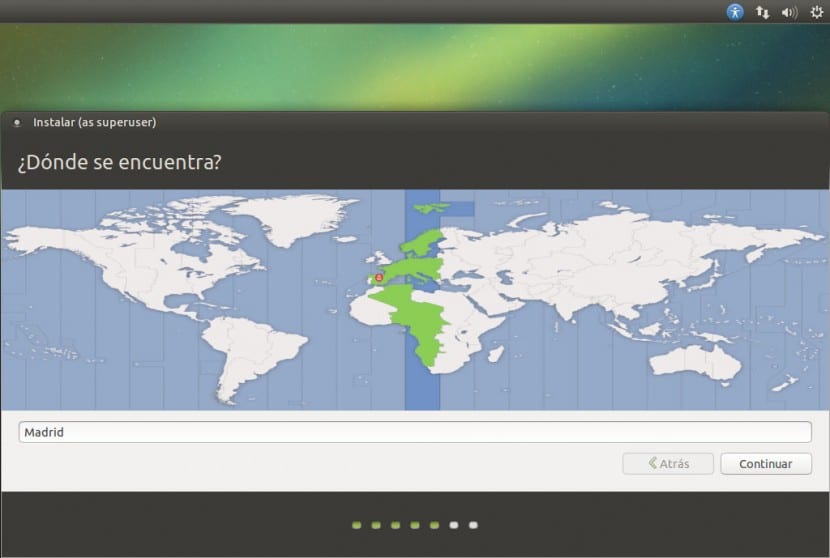 From here the simplest of the installation begins. Ubuntu MATE it will detect your geographical location and it will assign you a time zone. If it is correct click on Continue and continues. 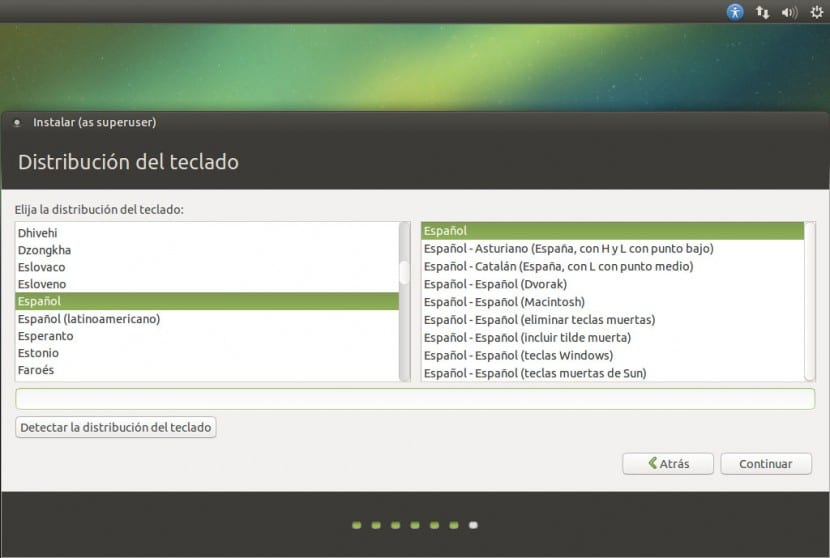 Same with keyboard layout. Ubuntu MATE will assign one to you based on your geographic location. If it corresponds to your keyboard you can test it to work in the text field below the layouts, and if you think it needs some extra configuration you can always detect keyboard layout manually. If everything is correct click on Continue And keep going. 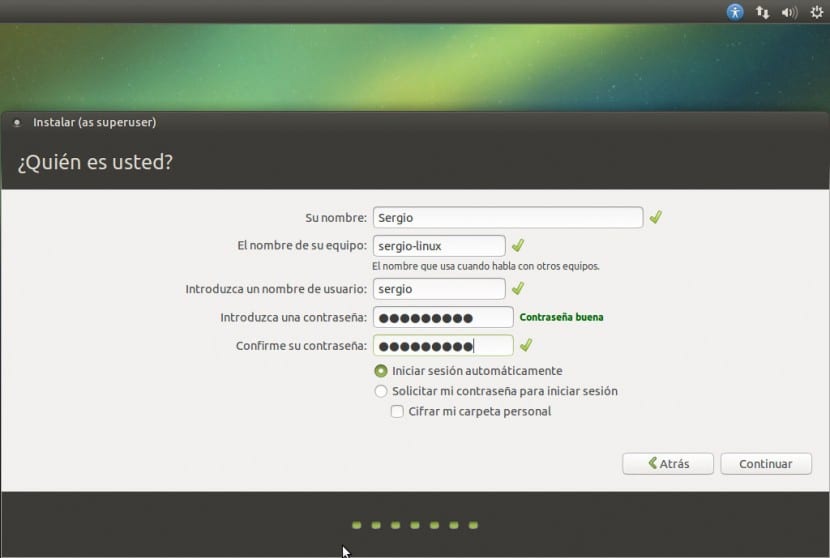 All you have to do at this point is specify a username and password, which will be asked every time you have to perform administrative tasks in the system. When you have it done, press Continue and ready. 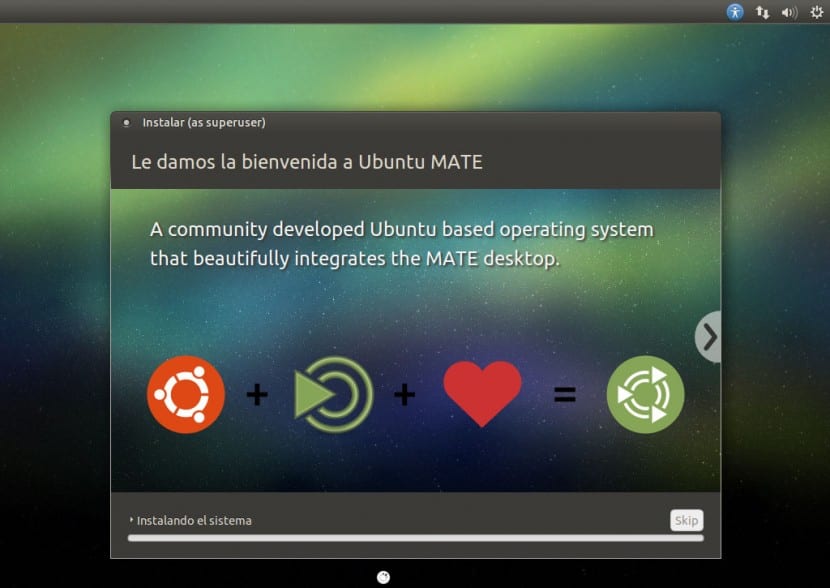 From here you can neglect installation and wait for it to finish. When it is done, it will ask you to restart the computer, and you will be able to start using Ubuntu MATE on your computer.

These steps for me, and as I already mentioned yesterday, are something totally free. Most of the programs that are going to be used are always the criteria of the user who is going to use the computer, but there are a number of common points that I think we all agree on.

First of all it is convenient to have the fully updated system. To do this, we open a terminal and execute the following command:

The next is install multimedia codecs, that although they should have been installed since we chose to include third-party plugins in the process, something may not work as it should. Caution never hurts, so again in a terminal we execute these commands:

Will also be need to install Java, since today many web services still use it. We continue using the terminal:

From here, I consider that what each user installs is their sole and exclusive criteria. Still, there are certain programs that I cannot give up, for example the VLC player:

I also can't live without Spotify:

And of course, my favorite browser, in my case Chrome:

There is no doubt that one of the most attractive aspects of Linux is the possibility to customize it to infinity. Although the customization capabilities offered by Ubuntu MATE are quite extensive, we are going to focus on two: We will change the default icon pack and the windows theme.

To apply the visual changes, we will have to go to System> Control Center> Appearance, where we can modify the graphic parameters at our convenience.

First we will install a stylish icon pack flat, which we will add through a PPA. To do this we open a terminal and write the following:

Installing the three packages of Ultra Flat Icons we can choose between three different folder types: Blue, orange and green, so that we can maintain the harmony of the colors of the system using the green icons, or change it by choosing the icons of any other color.

The next is install a nice theme for windows and borders. In this case I have chosen Numix, but searching the Internet you can find a multitude of themes that can be adjusted to your tastes. To install Numix we open a terminal and write the following:

If after we go into the appearance preferences and play a bit with what we have downloaded, we should get something like this: 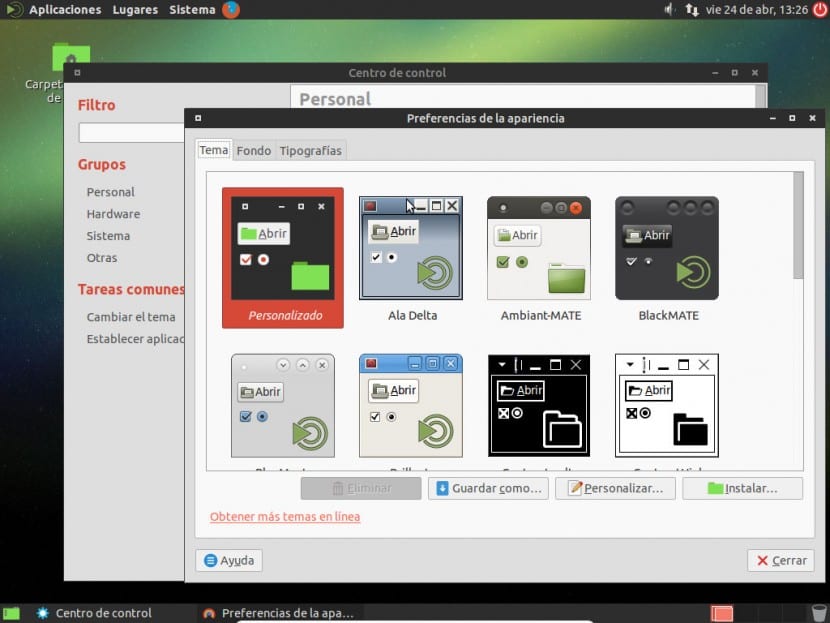 The most efficient way to change the visual themes of Ubuntu MATE and any of the flavors based on GTK libraries -which excludes Kubuntu-, is add a PPA with the themes for the windows or the icon packages that we want to install, and then it is much easier to choose the visual aspect we want to have.

For those who want to have a However, or lower shortcut bar, Ubuntu MATE comes with Plank installed by default, so you only have to look for it in the programs menu to activate it.

And up to here our guide to install and configure Ubuntu MATE 15.04. We hope you find it useful and that it allows you to get the most out of this flavor of Ubuntu.

Full path to article: ubunlog » Desks » Other desks » Learn to install Ubuntu MATE 15.04 and enjoy the most classic Ubuntu