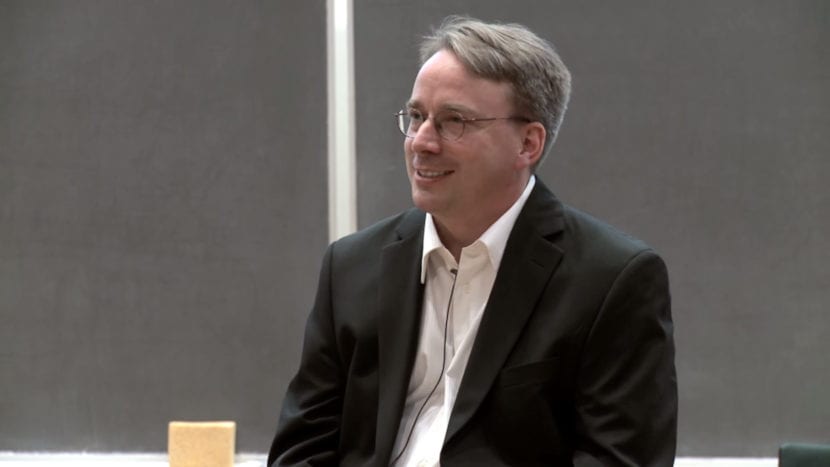 Many of you are probably thinking that this is crazy. Probably many of you will come to mind the many security flaws found in Google's mobile operating system and you will have put your hands on your head, but don't worry: Linus Torvalds has noticed the good of Android to make this claim. And it is that Linux has a serious problem for not having a standard as it does, for example, Windows.

The father of Linux believes that the way forward is set by the Chromebooks and Android, and for this he talks about the Linux fragmentation. What Android is not fragmented? It does not refer to this type of fragmentation, but to another that all Linux users have experienced. And no, as I have read in several posts in several languages, the problem is not "the desktops", but the different application installation systems.

Linus Torvalds complains that there is no standard for installing programs

In Windows, and I talk more about memory than anything else because I haven't used it as a main system for a long time, we have:

You can execute other types of actions with .bat files, for example, but I think we would no longer be talking about the same thing. Windows actually has a way of doing things. In Linux we can find many different types of programs and each one with an installation system.

Linus likes Flatpak. They are a type of packages that, like Snap, were born in 2015 and whose installation works on any operating system that wants to adopt them. The problem is that, for example, Red Hat supports Flatpak and Canonical supports Snap, which means that there is not just one type of next-generation package, but two. And the fact is that those two have added to everything that was already available, which can also create confusion. In fact, I have read comments from people who, when reading "Flatpak", have forgotten to install a program.

No major company wants to focus on supporting what we call Linux Desktop. Each of them focuses on servers, containers, the cloud and the IoT, which is what makes money. Both Canonical and Red Hat prioritize other industries, which is why many have claimed that the Linux desktop is in danger.

It is also part of the problem that Linux is constantly updated. Canonical releases LTS versions every 2 years and these are supported for 5 years, but how many times have we written tutorials adding information for two or more Ubuntu versions because there may be incompatibilities? Adding new features is fine, but Arch Linux has shown us that they can be added without having to update the whole system and without causing incompatibilities.

And we return to Android: what should happen and probably ... almost happened

The good thing about Android and what Linus likes the most is that to install an application on Google's mobile operating system we have to do it running an APK file. There's no more. What the father of Linux doesn't like, that two types of next-gen packages have been created with the future in mind, I think is also good news.

The good news is that companies have realized that there is another way of doing things and that this way is compatible with many operating systems. Two have been created in the last 4 years and ideally there would be only 1, but we must look to the future: currently, I already have both the Snap and Flatpak packages on my Kubuntu. It costs developers less to code twice than ten, which is why some are releasing Flatpak and Snap versions of their software. In other words, it is not unreasonable to think that within several years Linus's fear will disappear when he sees that out of 6 or 7 types of installation of some Linux distributions we are left with only 2, three at most.

In any case, I see no reason to raise all the alarms regarding Linux Desktop. And you?

Related article:
How to install Flatpak on Ubuntu and open ourselves to a world of possibilities