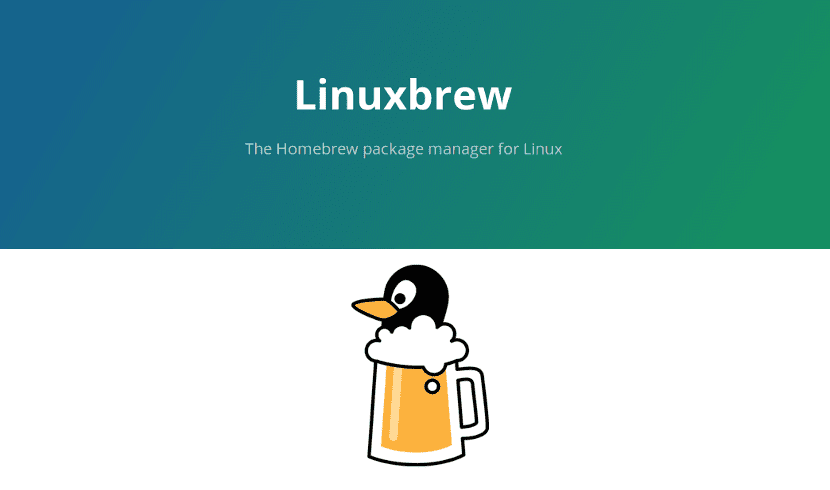 In the next article we are going to take a look at Linuxbrew. This is one homebrew fork. It can be used on both Mac OS and Gnu / Linux. Its use is "aboutThe same as Homebrew. It can be installed in your home directory and does not require root permissions. If you are ever looking for a package manager similar to Homebrew for your Gnu / Linux operating system, you should try Linuxbrew.

If someone doesn't know, Homebrew is a package management system specially designed for Apple's Mac OS operating system. It is written using the Ruby programming language and comes pre-installed with Mac OS. This is one of the open source projects that had the most contributors and closed issues in GitHub.

linuxbrew needs some dependencies to work. Before installing Linuxbrew, you have to make sure that they are installed. To do this, we will only have to open a terminal (Ctrl + Alt + T) and execute the following commands to install them on your Debian, Ubuntu or Linux Mint system:

After fixing the prerequisites, run the following command to install Linuxbrew.

Note: Do not run the following commands as root user.

The above command us will show output that is a good idea to read carefully. We will be asked what to do to make Linuxbrew work properly. You must perform the steps I indicate before using Linuxbrew.

One of the things we will have to do is run the following commands, one by one, to add Linuxbrew to our PATH:

And we end up writing:

Now for update changes we give the following order:

As we will have seen in the screen output that we will see during the installation, it will also ask us install gcc, which is recommended to use Linuxbrew without any problem. To do so, run:

Again say that you should not run this command as root user. Perform all these commands as a normal user. All packages and applications will be installed in your $ HOME folder, so you do not need administrator privileges.

If you've already used Homebrew, you can skip the following instructions and start using the package manager right away like you would Homebrew.

Check if Linuxbrew is installed

First, run the following command to make sure the package manager is installed and it works correctly:

If everything is up to date, you will see a screen like the previous screenshot.

If you are not sure which packages are available, run:

This command will show the list of available packages.

Or, you can visit the site of braumeister to find what packages are available.

To install a package, for example zsh, just run:

Similarly, to remove a package, run:

For update all obsolete packages, you just have to run:

For, update a specific package, launch the following command:

Do you want to see where the downloaded packages are? It's simple, write:

With this command we will be shown the folder where we can find the packages downloaded by Linuxbrew.

To get more details about how it works, run:

Or we can also consult the help that man offers us by writing:

Now you know how to install and use this package manager in a basic way on your Gnu / Linux system. The only downside is that this takes a long time to compile and install applications. Other than that it works the way it is advertised on your site.

If you are a Mac user and looking for a Homebrew-like package manager on Gnu / Linux, then Linuxbrew would be a choice that you should try.