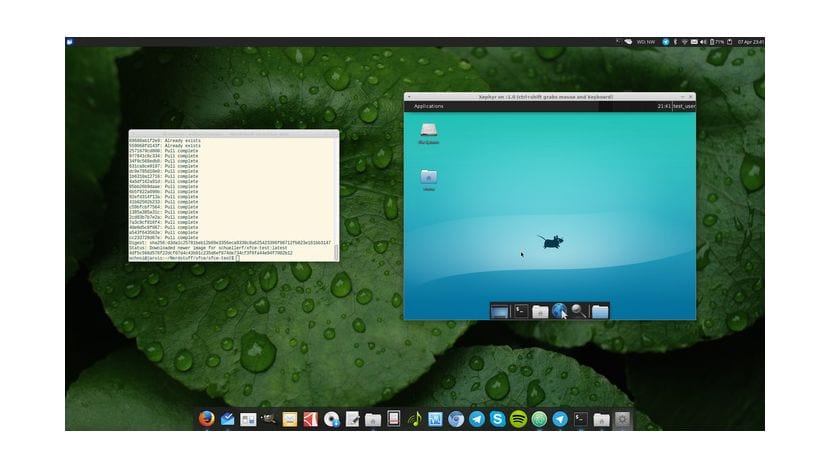 After more than four years of the release of the Xfce 4.12 branch, the first preview version of the Xfce 4.14 user environment was introduced, which marked the transition of the project to the pre-freeze stage.

In this beta release of Xfce 4.14 the transition from GTK 2 to the GTK 3 library is highlighted. Currently, the code for all core modules and most applications and plugins are carried over to GTK 3 and brought into planned functionality.

The shortcomings are noted only in the ristretto image viewer, xfburn CD recorder, xfce4-mixer sound mixer and xfmpc music player, as well as in the xfce4-notes-plugin, xfce4-time-out panel plugins -plugin, xfce4-mailwatch-plugin, xfce4-cpugraph-plugin, and xfce4-stopwatch-plugin.

A second trial version is scheduled for June 30 and the codebase will be completely frozen.

Depending on the test results on July 28, a third test version may be formed. It is expected to be released on August 11.

In the xfwm4 manager, vsync is added via OpenGL, libepoxy and DRI3 / Present are supported, GLX is used instead of Xrender.

A new colord backend has been added to the xfce4 config configurator to establish correct color reproduction using color profiles.

Screen customization tools were improved and indents were added for a more convenient perception of information in all dialogs.

It is also notable that the ability to define monitor profiles has been added, allowing you to save multiple sets of presets and automatically switch profiles when connecting or disconnecting additional displays. Fixed flickering when changing display settings.

As well as the ability to define a primary monitor, which will display dashboards, desktop, and notifications. This feature can be useful in multi-monitor setups to link panels to a specific monitor or to hide unnecessary information when organizing presentation slides. 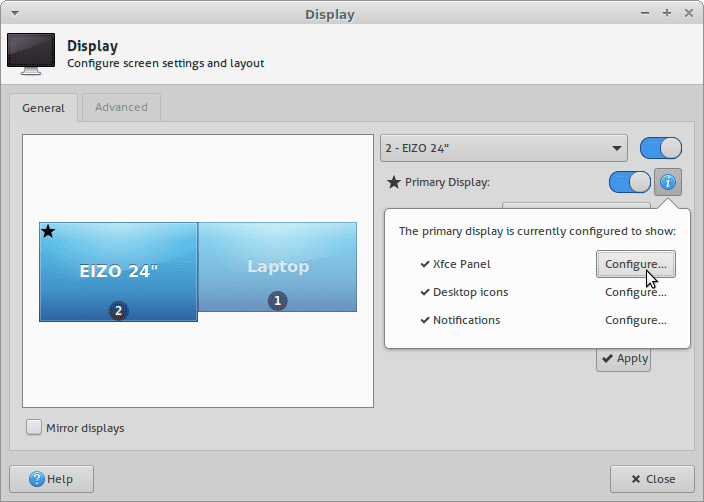 Previously, the applications were all launched at the same time, which created problems due to the race condition (disappearance of the issue in the xfce4 panel, the launch of multiple instances of the nm-applet, etc.).

While the power management interface (xfce4-power-manager) was improved. The aggregated filtering of transmitted energy related events in xfce4-notifyd will be reflected in the log (for example, no brightness changes are transmitted).

The media player passwords which uses the GStreamer framework and the GTK + s librarye has stabilized. The structure includes plugins to fold into the systray, manipulate stream metadata, set your own window title, and block transition to sleep mode while watching a video.

Since it is significantly simplified work on systems that do not support hardware accelerated video decoding.

The automatic selection mode of the most optimal video output mechanism was added and enabled by default. A compact version of the interface and improved support for streaming and playing files from external systems have been implemented.

An icon appeared on the right side of the panel, clicking on it opens a dialog to edit the line with the file path.

Thunar plugin API updated (thunarx), which provides support for GObject introspection and the use of bindings in various programming languages.

The ability to assign handlers to perform user-defined actions was added. The ability to use Thunar UCA (User Configurable Actions) for external network resources has been implemented. Style and interface optimization.

Full path to article: ubunlog » Desks » List the new beta version of Xfce 4.14 and these are its changes