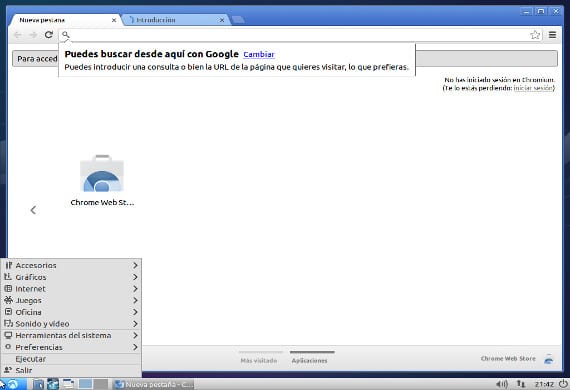 As you well know, a few days ago the latest version of Ubuntu, Raring Ringtail And as it is a duty these days we are going to show you what can and cannot be done, what options it offers and which ones it doesn't; everything so that you have a clear opinion and know how to choose well, which is one of the principles of Open Source: free knowledge, free choice. Today I bring you a kind of review about one of the flavors of Ubuntu: Lubuntu 13.04.

I have done the tests on a virtual machine of VirtualBox To which I have assigned low resources without being extremely low, taking into account what I believe a computer has from four or six years ago. For this I have assigned a 10 Gb hard disk, I know that larger disks have been offered for more than 10 years, but I was not going to make a better machine than mine, as for Ram, some 512 Mb, a processor core, sound, network, usb….

The installation time as well as the reaction and operation time have been quite good, although it has been much slower than Ubuntu, it has not taken long to install. Although something has gotten stuck in the final point of the installation, the restart that has forced us to restart manually.

El installed software perhaps it is the one that offers me the most discussion, since I believe that the stigma trying to flag this Ubuntu flavor, the lightness, they do not comply with the software they install. As to office package, Lubuntu 13.04 carries Abiword with Gnumeric, a very useful solution that consumes very few resources. If I remember correctly, it possesses Evince, a document viewer perhaps heavy for distribution, but its skills more than justify the need to have it installed on Lubuntu 13.04. As for multimedia, it is used Gnome Player and Audacious, good programs, no more to say. On the other hand, as far as the network is concerned, the team of this version, Lubuntu 13.04 he shits it a lot, he uses Chromium, an excessively heavy and resource-consuming browser that certainly does not match what is sought in this distribution, a light operation for obsolete equipment. I personally would have installed Midori, a lightweight browser that interprets the Html5 and that I think is more than enough, it does not have flash but it is a technology to be extinguished in the web world so I do not see it as essential.

Another of the gaffes that I see with this distribution is that they have created a Lubuntu Software Center. This center has repositories with quite light programs and that adapts very well to novice users, but it goes into a deep contradiction, reaching uselessness if we take into account that it has also installed Synaptic y Gdebi, plus the terminal; that is, we have three managers to do the same thing that will always be less than the use of the terminal.

And speaking of newbies, the desk you use Lubuntu 13.04 is the famous LXDE, a quite functional and very light desktop, there we have no problem to say although we have not been able to check due to lack of time if it allows changing the window manager for a lighter one. 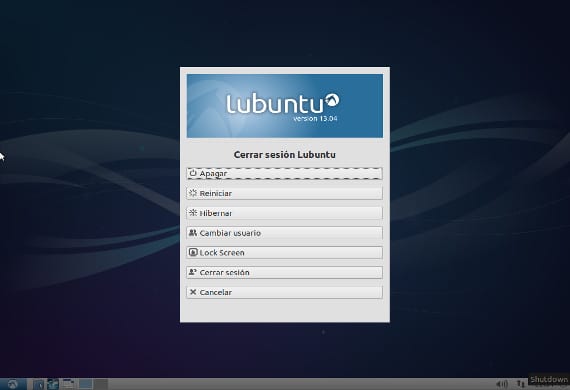 Actually, this distribution is becoming, in my honest opinion, a distribution focused on newbies rather than being installed on computers with few resources. That in the first versions it was installed Chromium because it was stated that it was very light is reasonable and logical, but that at this point in the moviola, where it is known that Chromium is even heavier than Firefox or Opera, it is something that clashes with the philosophy of light distribution and of course, that it works on computers with 256 Ram it is a joke in bad taste. For it to work comfortably and without hindrances, the equipment would have to have between 300 and 512 Mb of Ram. I hope that in the next versions they will change the course and be a much lighter distribution than it is now.

Has anyone tried it? What do you think of her? Do you agree with me?

More information - How to install the LXDE and XFCE desktops in Ubuntu, Synaptic, a Debianite manager in Ubuntu, Installing deb packages quickly and easily, Evince, an alternative reader to Adobe,