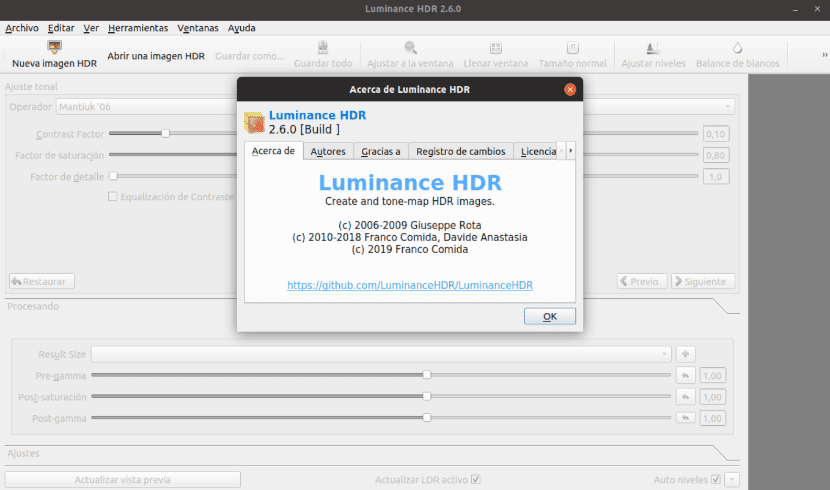 In the next article we are going to take a look at Luminance HDR. After almost two years of development, Luminance HDR 2.6.0 has finally seen the light of day. This is one open source application based on the Qt5 toolkit for LDR / HDR image processing that we have already seen previously on this blog. With this software we will have an intuitive and easy-to-use graphical user interface to work with high quality images, including HDR and LDR formats. It is an application multi platform supported by operating systems Windows, Mac OS and Gnu / Linux.

This software supports a wide range of formats HDR and LDR ready to use. It is worth mentioning that the HDR formats are; Radiant RGBE, tiff formats, openEXR, native PFS format, raw image formats, etc.. Like any other image editing software, this one also It will allow to crop, resize, rotate HDR images and use transformations. With the help of the tools, a set of HDR images can be created and the tone mapping seamlessly.

Luminance is a veteran show that has even had time to change its name, before it was known as "Qtpfsgui". It is a program that has an open source graphical user interface, which aims to provide a simple working environment for HDR images. 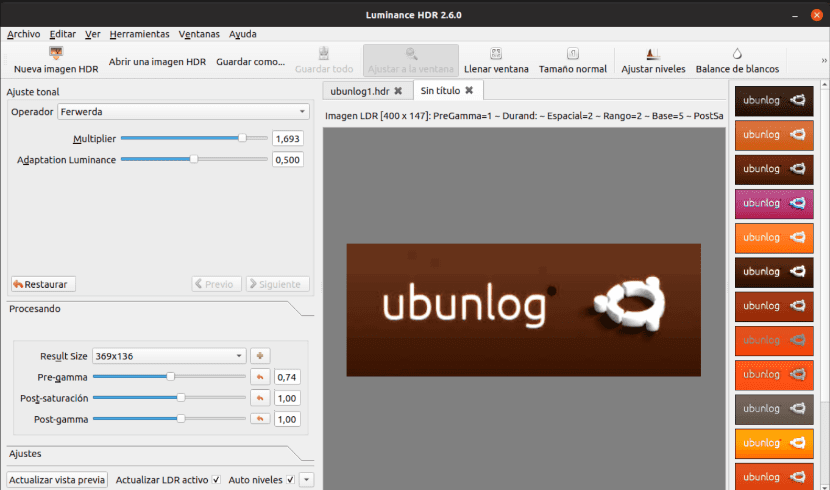 Supported features range from create an HDR file from a set of images (formats: JPEG, 8-bit and 16-bit TIFF, RAW) of the same scene taken at different exposure settings. It will also allow us to save and load HDR images, rotate, resize and crop HDR images or copy exif data between sets of images, in addition to some other possibilities. All its functions can be check on the project website. 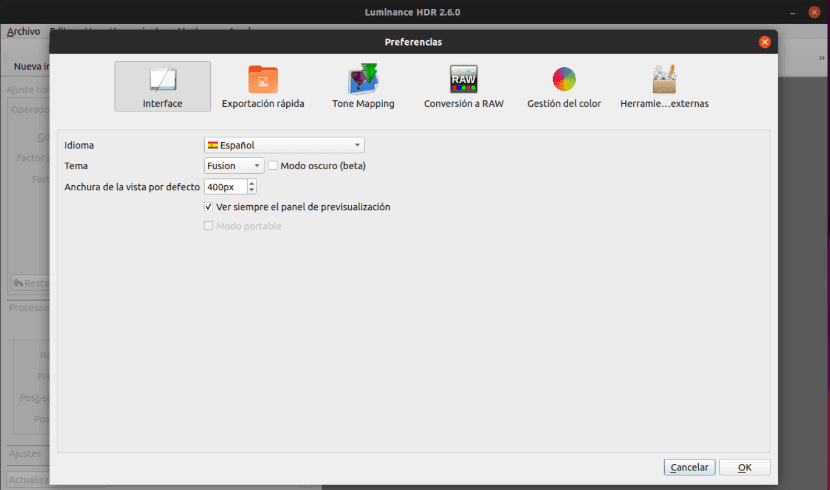 This new version introduces us to new functions. Some of them are:

You can choose several ways to install this application on Ubuntu. So much we can use the unofficial PPA or on package available on FlatHub.

Open terminal (Ctrl + Alt + T) and run this first command to add the necessary PPA. With the following command we will install the program:

Once the program is installed, we can now search for it on our computer and launch it.

If you want to remove the software, begins removing the added repository. In the terminal (Ctrl + Alt + T) type:

Now for delete the program, in the same terminal execute the command:

We will also be able to do this program install using Flatpak. But before running the corresponding flatpak command, it is necessary to have enabled  flatpack on our Ubuntu system. 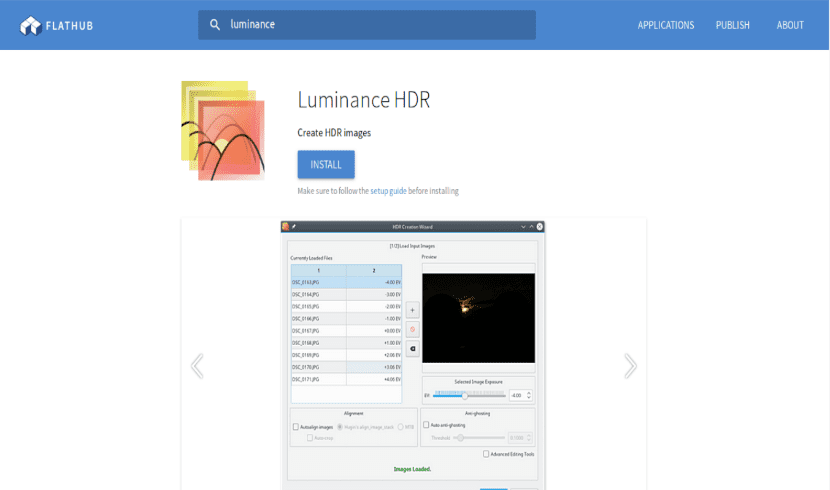 To install the program as Flatpak, we will only have to direct us to Flatub  and download the corresponding package to proceed with the installation.

To finish, it only remains to say that the application demonstrates a fairly simple operation. It seeks with reasonable success the balance between the needs of advanced users and the ease of use for those who begin with the program. As a result, we find a program that, being quite complete and full of options, will allow us create HDR images in seconds in just a couple of clicks.

Para cualquier consultation about the program or its use, users can turn to the official documentation that can be found on the official page.