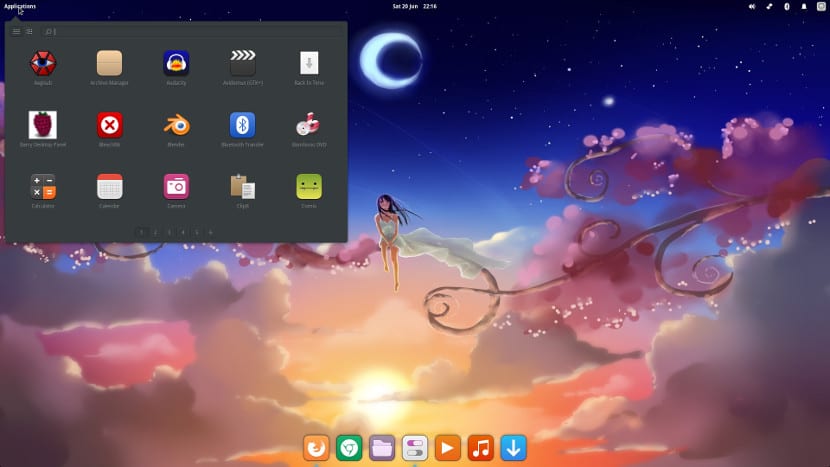 One of the novelties that Ubuntu introduced in the world of distributions was the introduction of "Flavors" that made the distribution more prone or not to a certain group of people. This phenomenon was also quickly cut by Ubuntu, which began to denounce those who used its logos without their permission. But there are still distributions that use Ubuntu and modify it for a specific purpose, such as Mangaka Linux.

Mangaka Linux is a distribution that is based on Ubuntu and that he tries to adapt it for fans of manga, anime or also for those known as otakus. Thus, the theme and environment of Mangaka Linux is clearly the manga, but for this reason the power to be used on any computer is not sacrificed, including the old ones.

And is that Mangaka Linux started by offering itself to older computers, being one of the first distributions to use Ubuntu with Lxde. But that was only during the first version of the distribution, known as Mangaka One. Then Gnome was used as the default desktop until the last version came out with Pantheon.

Mangaka Linux has Pantheon as the default desktop

The development of Mangaka Linux is somewhat fickle and recently it has been resumed with interesting improvements such as the inclusion of an LTS version or the change of desktop, in this case Pantheon, the desktop used in Elementary OS, has been chosen. It also includes a lot of free software and freeware so that anime lovers can enjoy from the first moment, this includes VLC, LibreOffice, Firefox, etc ...

The creators claim that the latest version, Mangaka Nyu is as light and powerful as the first version of Mangaka Linux and fully functional, ready to go. Download and even with a few tricks to make it work better. Although I really don't know if manga fans will opt for this distribution or stick with Ubuntu, the original version.

Full path to article: ubunlog » Desks » Other desks » Mangaka Linux, an Ubuntu for the most otakus