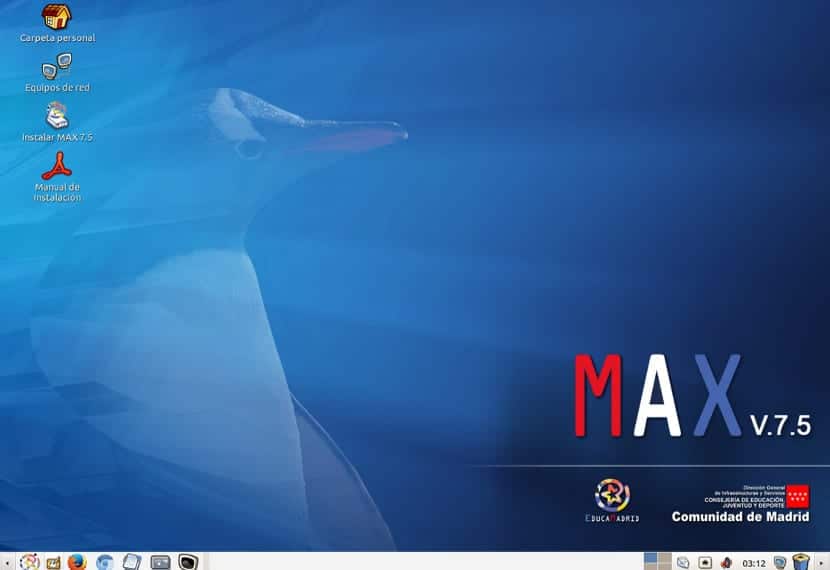 A few years ago, with the release of the first versions of Ubuntu and Debian, many autonomous communities decided to create their own Gnu / Linux distribution for citizens of the community or the rest of the world. Currently there are only a few distributions of that wave, one of them is called MAX, one of the few distributions that were based on Ubuntu and that still maintains that distinctive although with some variations.

MAX is the distribution created by the Autonomous Community of Madrid for use in its institutions and that it was never used officially. Despite everything, MAX has continued to be maintained and developed during this time, adding more and more applications so that public schools can use it without having to pay for the specific license.

MAX has finally reached version 8 or at least this is indicated in on the web and in the recent presentation that took place a few days ago.

The new version will continue to have the Xfce and Gnome desktops in their most recent versions and will be focused on the educational world preferably although it can also be used in the business world. So we have two versions or flavors of MAX: MAX Server and MAX Desktop.

MAX Desktop will have several profiles depending on the role we want to use: teacher, student, administrative or personal use. In the case of Server, the only restriction will be in the Wi-Fi control that we will need to be a registered user of EducaMadrid.

You will wonder why we talk about this here and how little we talk about this distribution. It is a good question and it has a good answer. With the change of government in the City of Madrid and the coalitions in the Autonomous Community of Madrid, the use of Free Software will be a short and medium-term objective, so MAX is the operating system that will grow over the years. coming months, not only in the educational field but also in general, so we must not lose sight of this distribution that, like others like Guadalinex, is based on Ubuntu.

Full path to article: ubunlog » Ubuntu-based distributions » MAX made it to version 8