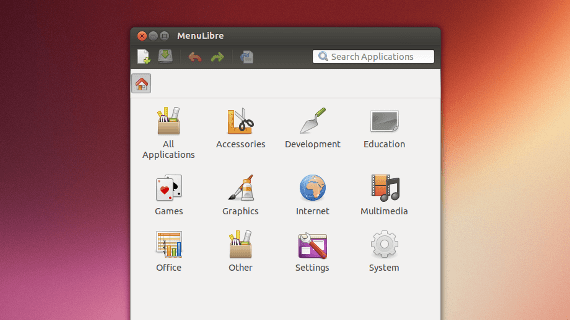 MenuLibre is a tool that allows us to easily edit the menu items of applications of our operating system.

The fact that its use is super simple does not mean that the program lacks options, in fact MenuLibre is one of the menu editors more complete today, allowing not only add new launchers or edit existing ones, but also do the same with elements of the quick lists of the launcher Unity. Among some of its most interesting features are:

Added to the above is the fact that MenuLibre does not depend on any GNOME library, so it can be used effortlessly in other GTK + based desktop environments, such as LXDE or XFCE.

MenuLibre it can be easily installed by adding an external repository hosted on Launchpad. This repository contains the packages for the menu editor for both Ubuntu 12.10 as if to Ubuntu 12.04 y Ubuntu 13.04 Rare Ringtail.

To add the repository we execute in our console:

And then we do the installation:

It should be noted that despite what the name of the repository might indicate, the packages found in it are the latest stable versions of the application.

More information - QuiteRSS, a multiplatform feed reader with a lot of potential