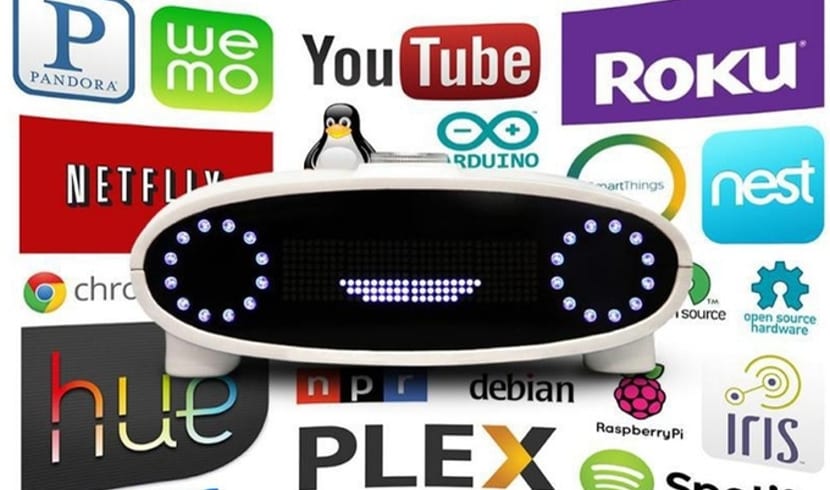 In general, we always talk about software when we talk about Ubuntu, but like it or not, Ubuntu and Canonical are increasingly involved in hardware than in Software. Perhaps the latest is Mycroft, a very curious and attractive gadget that, although it has nothing to do with Canonical or with the official development of Ubuntu, it does have to do with the operating system. Mycroft is an artificial intelligence unit that connects to the Internet of Things and uses Snappy Ubuntu Core as its base.

Mycroft is built with Raspberry Pi 2 and Arduino, which makes Mycrosft together with Ubuntu a very versatile platform. But Mycroft won't make us run our games or surf the internet or yes. Surely many of you remember how in the movies, the houses of the future or the spaceships have an intelligence device with which one communicates and this device executes the actions that we request. More or less this is Mycroft.

Mycroft will connect to all the devices we want and will unify them in a single network to fulfill our orders. Thus, if we want to see a YouTube video, we can request it by voice and Mycroft will connect to Chromecast to search and show what we have requested. Mycroft in addition to microphones also has speakers so we can ask you to search for something on Spotify or Pandora and play it.

Mycroft also connects with smart lights and Smart-TVs so we can watch the movies we want or simply modify the atmosphere of our house. All this thanks to Snappy Ubuntu Core and the developments that have been created on this young platform.

Unfortunately we will not be able to obtain this device until mid-2016 as the company has no funding and they are looking at crowdfunding a way to get money to distribute it, but since Free technology is used, I think whether the financing comes out or not, the idea of ​​Mycroft will go ahead. In addition, if Mycroft now has a lot of use and very interesting, in mid-2016 its use will be even greater, with interesting expectations, of course, as long as Mycroft's intelligence does not go crazy and ends up keeping us all as it happens in the movies. But something tells me that Mycroft is better than the AI ​​in the movies What do you think?