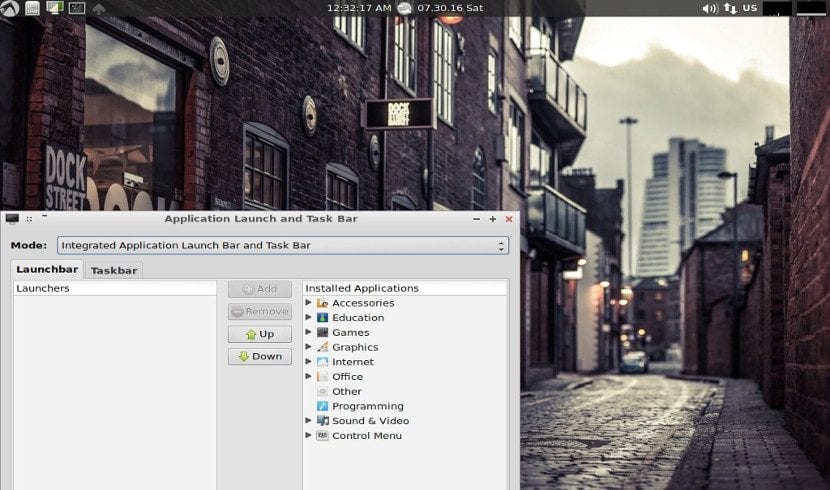 Not a week ago we received the first release candidate from Lxle 16.04.1 Eclectic and we already have the stable version of this lightweight Gnu / linux distribution which is based on Ubuntu.

In this case, as the numbering indicates, the distribution is based on Ubuntu 16.04.1, however we will not find the same as in Ubuntu 16.04 or even the same as in Lubuntu, the official flavor that many may confuse with this distribution but rather we will find interesting news, news that many of us would expect from a light official flavor such as Lubuntu.

Lxle 16.04.1 has btrfs as the standard file system

The new version includes many changes, changes that are due to an update of some programs and libraries that the distribution used and that were based on Gnome and if it continues, the distribution would increase in the consumption of resources. These programs have been replaced by others, the libraries removed and some elements modified such as the file system that the distribution will use, which will now be btrfs by default. Multi-monitor support, 32-bit system and new desktop effects are the other novelties that we will see in this version of Lxle.

The nickname of this new version of Lxle comes precisely because the changes are so substantial and each one from a different origin that many describe it as an "eclectic" version of lxle.

In any case, users can now get the installation image for 32-bit systems or simply opt for the installation image for 64-bit systems. And in any case through the terminal they will be able to update the operating system if they already have this distribution on their computers. Although as you might think, before updating it is advisable to make a backup of your data since the changes of Lxle 16.04.1 with respect to other platforms are substantial and could cause an error, especially in 32-bit systems.