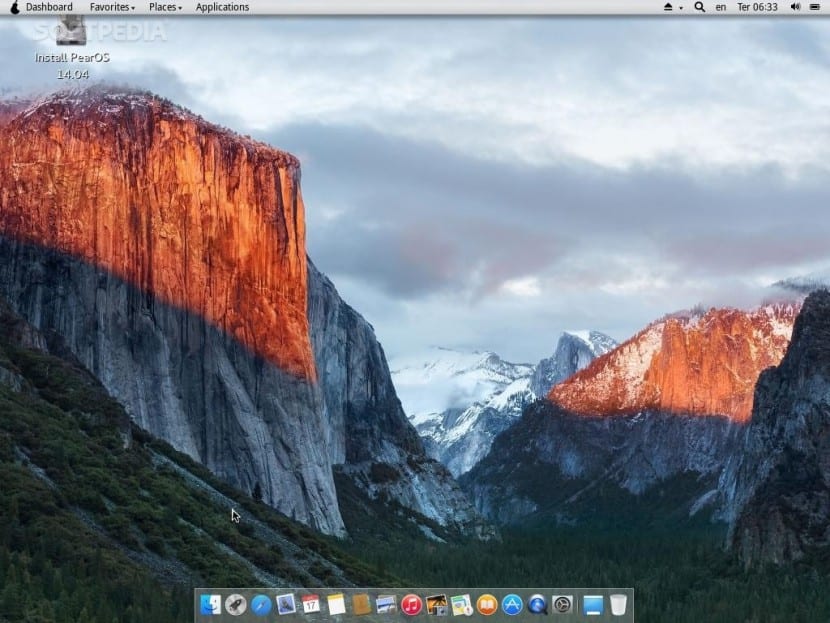 A few years ago we were talking about Pear OS, an Ubuntu-based distribution that looked a lot like OS X. This distro It dazzled many users who wanted to be able to experience the Mac on their Linux PCs, but unfortunately Pear OS was bought by a large company whose name was not revealed. To this day, which company this is remains a mystery.

Last year in softpedia Portuguese developer Rodrigo Marques was said to be developing a Pear OS clone known as PearOS, which would later be published on SourceForge under the same name. The first incarnation of the operating system was quite disappointing, as Pear OS users were used to having a near-perfect desktop environment that was the closest thing to using OS X without owning a Mac.

Now time has passed, and PearOS has been updated with a cool vitaminized to offer the Linux community.

PearOS 9.3 is based on Ubuntu 14.04.1 LTS, and of course it aroused our curiosity. I have downloaded and tested the ISO in a virtual machine, and while the first version was disappointing in terms of appearance and experience, we can say that this new iteration of the distro is very close to what Pear OS was before.

El cool OS X is placed on top of the GNOME Shell with a GNOME desktop environment, and you will find a few interesting tweaks that will make you use this distribution. In general PearOS It has improved the user experience compared to its version of a year ago, and the appearance of the operating system is what you would expect from a good emulation of OS X. It is true that, to put a downside, we could talk about the icons, which continue to show the reliefs of the skeumorphic design instead of the flatter appearance current they have on OS X, but those are minimal details.