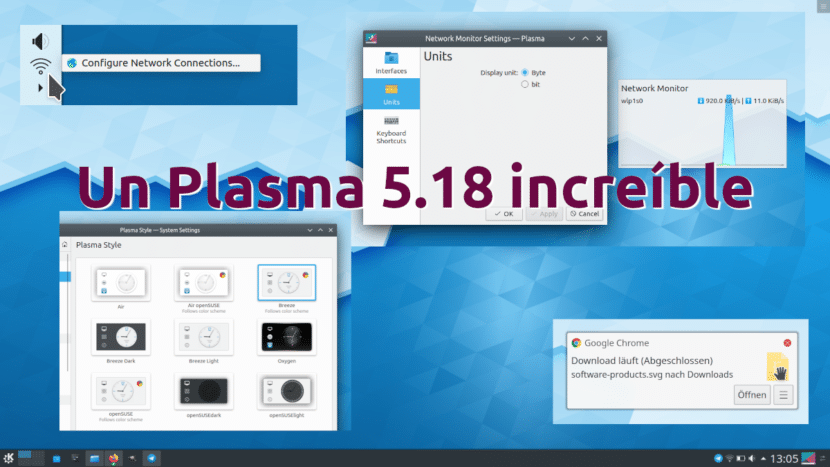 Already fully on Christmas days, Nate Graham has set out to increase the "hype" about plasma 5.18. This will be the next LTS version of the KDE graphical environment and in the future news post this week They have published many changes that will come with her, titled the post as "It will be incredible." But when he says this he is not only talking about Plasma, but also about KDE Applications.

This week, and we cannot know if from now on they will do it more often, they have come to include 4 short videos to explain the operation of some new features, so it is worth visiting the original link if you want to see it with your own eyes . Here, like every seven days, we will include all the news that have published today, among which there are many of the graphical environment that will be launched in about two months.

Related article:
Plasma 5.18 prepared for February, will be an LTS version

When will Plasma 5.18 and everything else arrive

This week they have told us about many new features, so we will summarize this part by adding only the dates:

It is important to remember that in order to install all these new features as soon as they are available we have to add the Backports repository from KDE or use an operating system with special repositories like KDE neon.

Full path to article: ubunlog » Desks » KDE » Plasma 5.18 will be "amazing" and will also include these new features