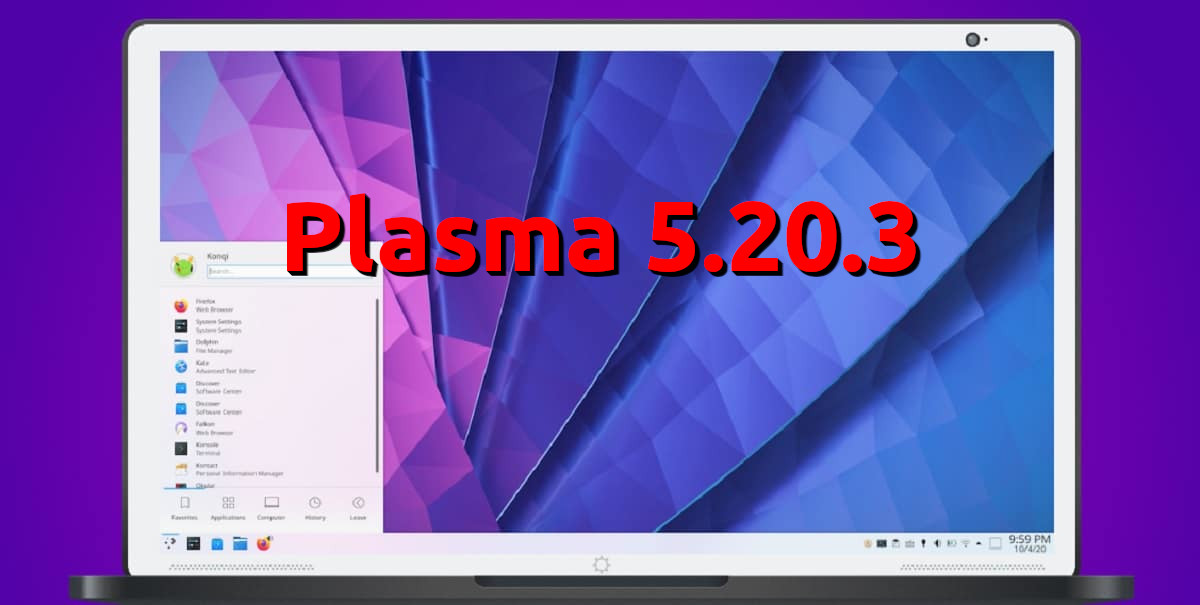 Kubuntu users are having a lot of patience who are still stuck in a version of their graphical environment for more than six months. And it is that Focal Fossa arrived in April with v5.18 of the desktop, but it was not updated to v5.19 because it needed a more updated version of Qt that did not lead to Kubuntu 20.04. History is repeating itself, albeit in a different way, with the version released in October, Ya que today it has been launched plasma 5.20.3 and we still can't install it on Kubuntu + Backports PPA.

From what a server has been able to read, there is no official statement about it, but Nate Graham did say that KDE neon encountered more issues than expected when updating to Plasma 5.20, so it seems that the KDE project wants to be cautious and not do the backport until they are sure that those problems are fixed before bringing them to Kubuntu, which although it is true that it is not their main operating system, It is also true that many of us choose it for being Canonical behind it.

Plasma 5.20.3 doesn't come with featured features. As a point update, it is here to correct errors, and among them we have the following:

One thing is clear: Plasma 5.20.3 has been officially released. But there is another one that is not so: is KDE going to upload the new packages to its Backports repository? If we do, in the best of cases we will have to wait a couple of days for it to appear in the Kubuntu Discover, among others. If not, we will still have to have a little more patience. Those who will see the updates sooner are the users of KDE neon, and soon after those of other distributions such as Manjaro KDE and others that use the Rolling Release development model.

Full path to article: ubunlog » Desks » KDE » Plasma 5.20.3 continues to fix bugs and prepare for its landing in the Backports PPA