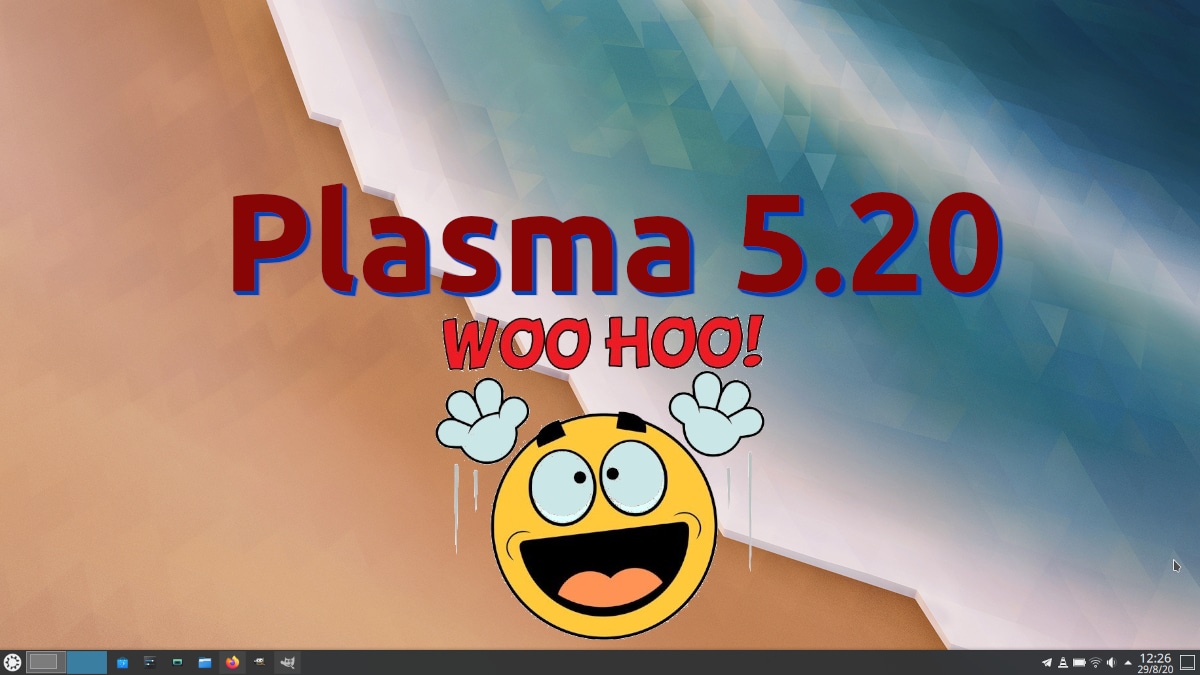 Without as much delay as KDE Applications 20.08.2 that arrived a day later, we already have Plasma 5.20 here. The new major update to the KDE graphical environment is a major release as it introduces many new features in the form of functions and also fixes many bugs. So much so that last Saturday Nate Graham promised us that this series will be more fluid and stable than previous versions, including v5.19 that has mostly arrived to polish things up.

KDE has already announced the new release and he has published an article telling us about his most outstanding news, but still they have not been able to include all of them. As for them, I think some of them stand out, as the bottom panel has switched to using the icons-only mode by default, which is the one you have in the header capture that looks more like Windows 10. Next you have the rest of most outstanding news that have arrived with Plasma 5.20.

Your code is now available, soon in KDE Neon and from the 22nd in the Backports PPA

plasma 5.20 is now officially available, but it has yet to reach our teams. It should arrive before any other system to KDE neon, which is the operating system of the project that gives them the most freedom to work. Later, a little later, it will reach distributions whose development model is Rolling Release, such as Manaro KDE. As for Kubuntu, we will still have to wait for the launch of Groovy Gorilla, so we will have to be patient until next Thursday the 22nd, at least, to be able to install it. In any case, it will be worth it.

Full path to article: ubunlog » Desks » KDE » Plasma 5.20 arrives with the new lower panel, more stable and with these novelties