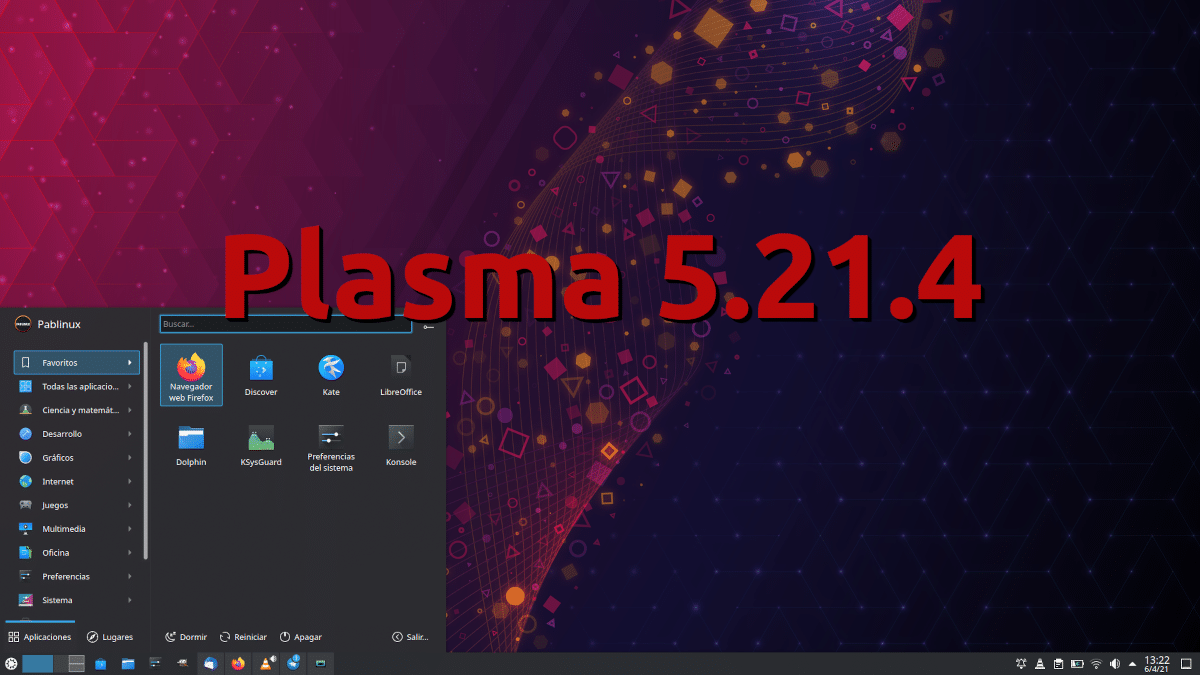 Three weeks after previous maintenance update, KDE launched plasma 5.21.4. As a point version, it has come to fix bugs, and although they mention that everything works fine from the beginning, I personally upgraded to beta from Kubuntu 20.10 and see more bugs than I would like. I want to think it's from upgrading, but I should be getting these packages soon, which might fix some unexpected shutdowns I'm experiencing. Although the truth is that the only annoying thing is the notification that something has gone wrong; It is not something I see.

As usual, KDE has published the two articles about this release, one to report its arrival and the other where they mention all the changes. Although there is a News list Officially, it is not the best place to read in an entertaining way what has changed, so we decided to write what Nate Graham tells us on weekends, partly because he expresses himself better and partly because he considers them important himself.

plasma 5.21.4 It is now available, but right now it is only in code form. It's coming to KDE neon soon, if you haven't already, and probably Kubuntu 21.04 beta. In the next few days it will also reach distributions whose development model is Rolling Relase, but Kubuntu + Backports users will have to wait until next April 22, when the launch of Kubuntu 21.04 is official.

Full path to article: ubunlog » Desks » KDE » Plasma 5.21.4 now available, fixes bugs in the environment that Hirsute Hippo will use