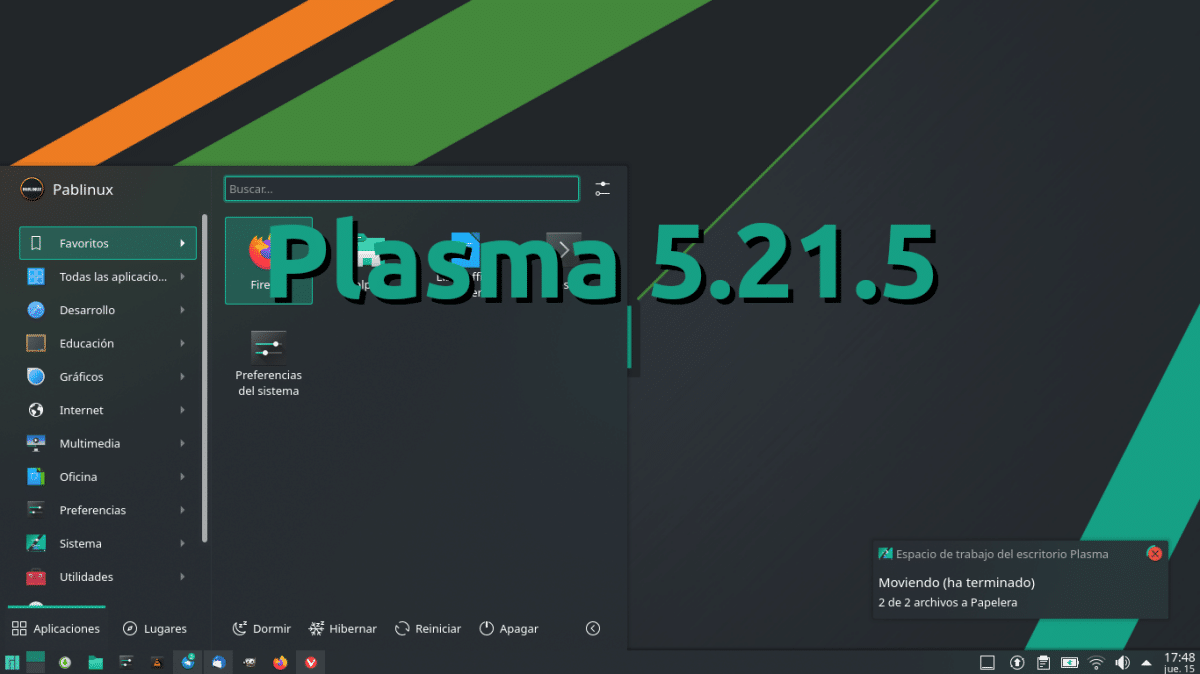 As scheduled, KDE has just released plasma 5.21.5. This is the fifth and final maintenance update in this series, which as such has come to fix bugs. The new features will arrive as early as June, at which point the K project will launch the next series. As for what they have just delivered to us, it is a bit surprising that they have corrected quite a few bugs, or at least quite a few if we consider that it is a release that marks the end of life cycle (EOL) and that the series didn't go as bad as v5.20.

As usual, KDE has published two articles on this landing, one in which he tells us about it and another in which they facilitate the full list of changes. Also as usual, we provide a News list Unofficial, but it is included in Plasma 5.21.5, because Nate Graham from the KDE Project uses a more entertaining language and he himself considered them important enough to tell us about them on the weekends.

Plasma 5.21.5 has been officially released, which means that developers can now start working with their code. Soon, if you haven't already, it will arrive in KDE neon, and later on in the KDE Backports repository. Systems using the Rolling Release development model will also receive the update relatively soon.

Full path to article: ubunlog » Desks » KDE » Plasma 5.21.5 arrives with the final touches for a series that did not present many problems