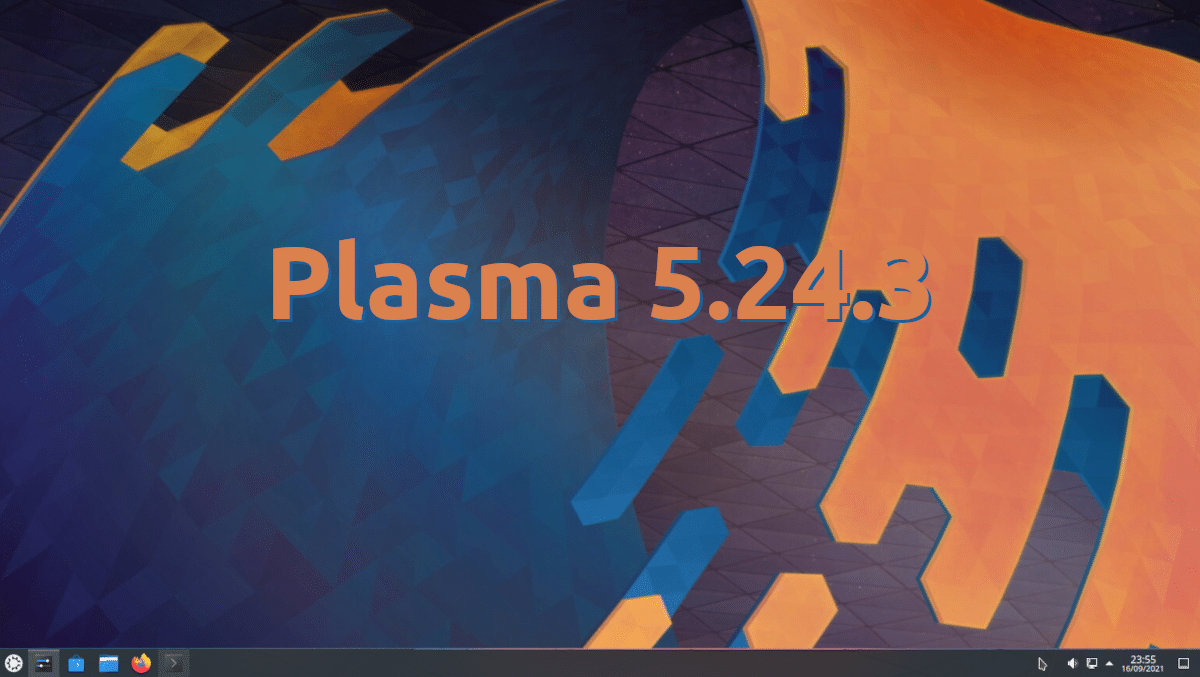 Things seemed to go pretty well when Plasma v5.24 was released. Nate Graham was pleased with what they introduced and how it worked, but when we started using it on a large scale, bugs began to be discovered that they began to fix in the first point update. Things seemed to be under control a week later, but today have thrown plasma 5.24.3 and they have returned to correct many more bugs than expected.

The following list is not the official one, but part of what Graham tells us on the weekends. The developer and one of the heavyweights of KDE uses a less technical language that makes things clearer, and also tells us about the news and corrections that seem most important to him. Therefore, here is the list with the most outstanding news that have arrived with Plasma 5.24.3.

KDE released Plasma 5.24.3 a few moments ago, and that usually means two things. The first is that your code is now available for those who want to download it and work with it. The second is that the new features are already available in KDE neon and will soon be in the KDE Backports repository. The rest of the distributions, except for the Rolling Release, will have to wait a little longer to be able to install Plasma 5.24.3.

Full path to article: ubunlog » Desks » KDE » Plasma 5.24.3 returns to fix more bugs than expected in a series that seemed to start fine