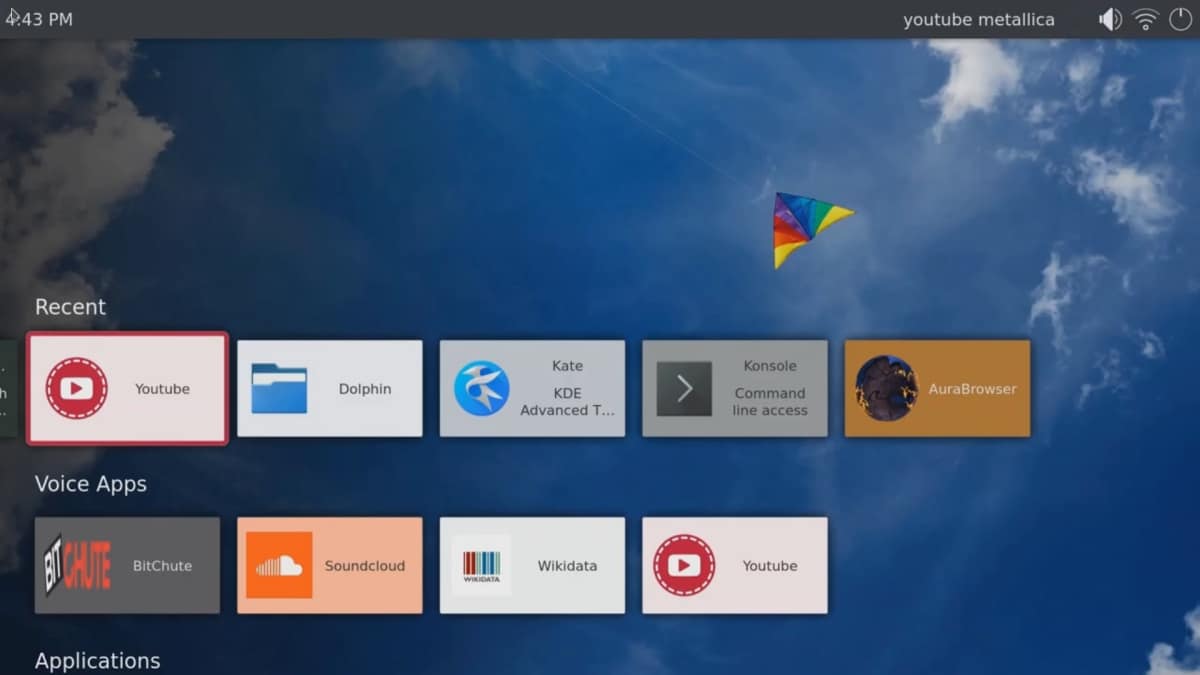 As a Kubuntu user, I have to admit that I was surprised by this news for the better. Even though I have an Android TV, I've always thought it might work better and I even bought a Raspberry Pi to tinker with and use on my television. Today, KDE has presented Plasma Bigscreen, an operating system or launcher specially designed for use in televisions and that is compatible with the famous raspberry board.

As we see in the video-presentation, Plasma Bigscreen is compatible with the mycroft technology, which means that we can use voice commands to, for example, perform searches. In addition, Mycroft himself is the one who provides applications such as YouTube or SoundCloud to be fully compatible with voice. But the truth is that currently there are few fully adapted applications, something understandable if we consider that we are dealing with software in beta.

Plasma Bigscreen, the Smart TV according to KDE

Personally, I think it looks good. We will still have to try it and see how far we can go with Plasma Bigscreen but, knowing KDEI'm sure it will be a very interesting option that will improve, for example, LibreElec. Although this is the editor's opinion. Probably, Mycroft will add more applications in the future to use them with the voice and we will be able to install Linux apps from the terminal (confirmed, with the key "mycroft" without the quotes).

Installing Plasma Bigscreen is no different than how we would install any supported operating system. Available as picture IMG and we can install it on the Raspberry Pi 4 with software like Balena Etcher. From what we read in the official manualAfter flashing the operating system we can resize the partition. Once we have the card ready, we put it in the RP4, start it and complete the configuration by following the instructions that appear on the screen. To use Mycroft, we have to pair the device from home.mycroft.ai.

Keep in mind that Plasma Bigscreen is currently under development (beta, link here!) and that if we decide to install it on an SD card we will erase all the data it contained. It's something I'll do as soon as I have a moment, and if I find something interesting I'll share it with all of you.