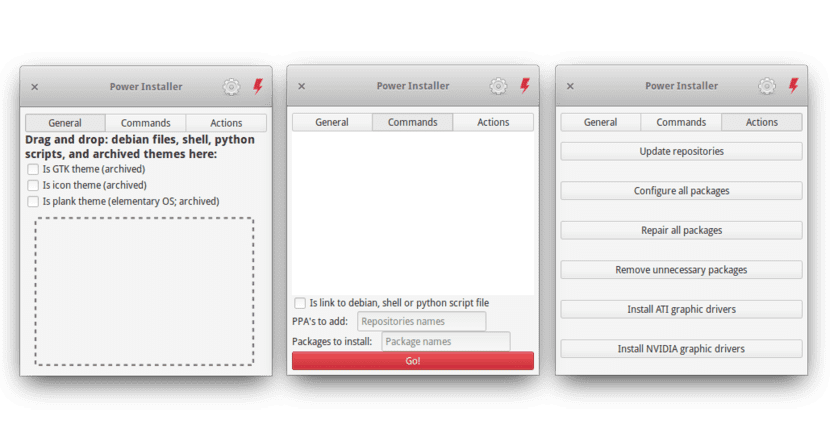 It is no secret that while I am comfortable using the standard version of Ubuntu, I am looking for a flavor with a graphical environment that is perfect for me. One of them, although I don't quite like it either, in this case because it is still based on Ubuntu 14.04, is Elementary OS, a system with one of the most attractive environments that I have tried on Linux. Elementary OS has software that is only available for this operating system, such as power installer, a GDebi-like package installer.

As you may have guessed, in the "Commands" tab we can enter commands. Now you are thinking that we can do this with the terminal, right? It is true, but Power Shell will execute them one by one without us having to do anything, which is perfect for copying and pasting all kinds of sequences.

In the third tab we can perform some actions, such as:

How to install Power Installer on Elementary OS

To install Power Installer we will have to do it by opening a terminal and typing the following command:

As a personal recommendation, if we take into account that the installer included in Elementary OS does not have an excessive weight, I would leave it installed for what may happen. In any case, I hope that Power Installer will help you and give you comfort when installing some packages.