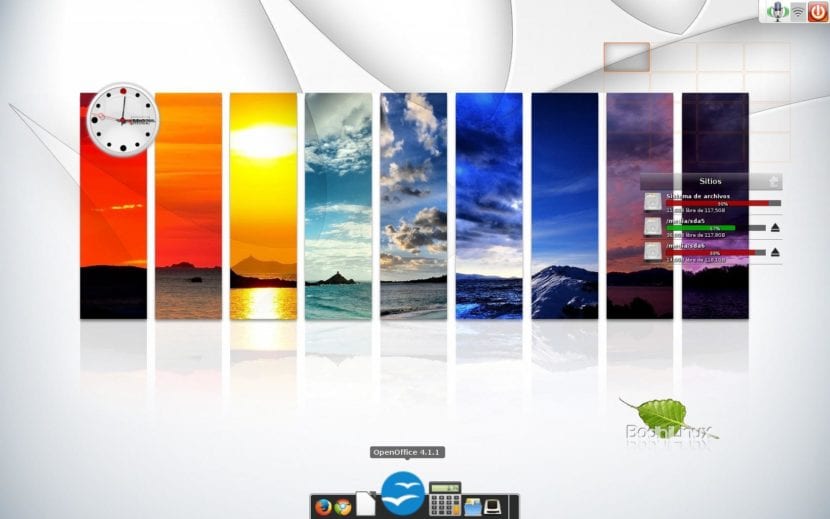 Escuelas Linux is a Spanish distribution of this operating system focused on the children's educational environment and, specifically, on computers with few resources. On the 18th the release of its version 4.4 was carried out, which includes many new features and for the first time It is a serious replacement for the aging Windows XP operating system.

The biggest novelty produced in this edition is the change of base system towards Bodhi Linux 3.2, a distribution based on Ubuntu 14.04 LTS (Trusty Tahr). However, there are many other improvements that deserve to be highlighted in this review of the system and we will detail them below.

Schools Linux is not just a replacement system, as it is also can be installed alongside other operating systems in a dual way such as Windows 8 / 8.1 and Windows 10. Thanks to the improvement added in the 4.4 edition, the UEFI allows this functionality in addition to allowing a totally manual configuration of it.

Numerous new packages pre-installed by default have been added to the system. They stand out from them LibreOffice in its edition 5.1.2, Mozilla Firefox 25.0 and Geogebra 5.0.226. Pre-installed GParted has also been included, to allow editing the partitions of the computer and managing the different volumes.

As we recently told you, Chrome in its 32-bit edition is no longer supported, something that does not affect the respective version of Schools because includes free Chromium edition in its version 49. The same version is included for the 64-bit edition of Schools.

As the default desktop, we will find the Bodhi Linux environment in Schools, that is, Moksha 0.2. He graphical environment has been redesigned and new components of it have been updated for this edition.

If you want to get this new version of the distro you can get it through its official website in the following link. As default language you will see that Spanish is established, but you can later choose any other if you want to improve this aspect of your learning through the use of the system itself.