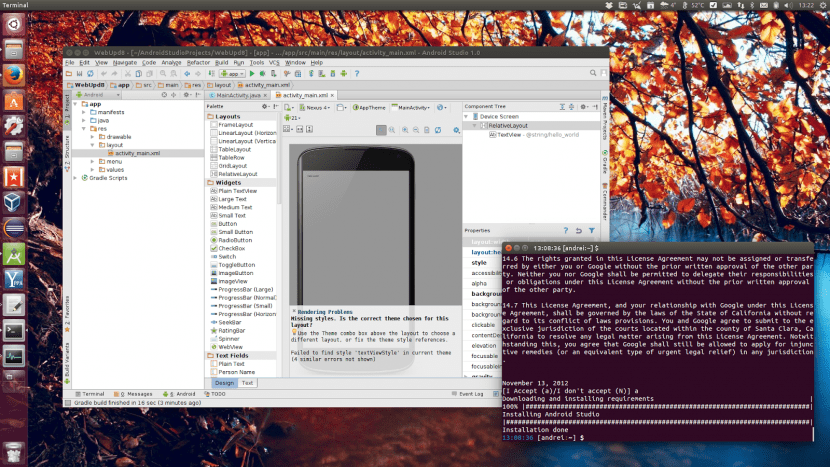 Today, March 30, 2016, Ubuntu developer Make Didier Roche has announced the general availability of Ubuntu Make 16.03 for all supported Ubuntu operating systems. For those who are not familiar with this tool, it is an open source program designed for the terminal that allows developers to install all kinds of third-party applications that cannot be found in the Software Center, in the repositories or that they can be obtained by PPA.

I am pleased to announce a new version of Ubuntu Make, now coming to 16.03, with updates for a few frameworks in addition to introducing new support. I'm very proud that this release brings in three great new contributors.

Among all the news that we have already discussed, it is worth noting that Ubuntu Make 16.03 add some extra tests for Microsoft Visual Studio Code. Among other things, it adds improvements for translation support, and fixes bugs in Android-NDK, Unity3D, Visual Studio Code, Clang and Intellij-based IDEs.

You can get Ubuntu Make 16.03 through your official PPA, which is compatible with Ubuntu 14.04 LTS and Ubuntu 15.10. If you are a programmer and you want to install this tool on your Ubuntu, then open a terminal and enter the following commands:

On the other hand, Ubuntu 16.04 LTS users can install Ubuntu Make 16.03 from the main repositories. As always when a new version of any program is released, there are many small performance improvements that have come in this new version, so if you want to be aware of what they are, we recommend that you take a look at the official release notes for more details.