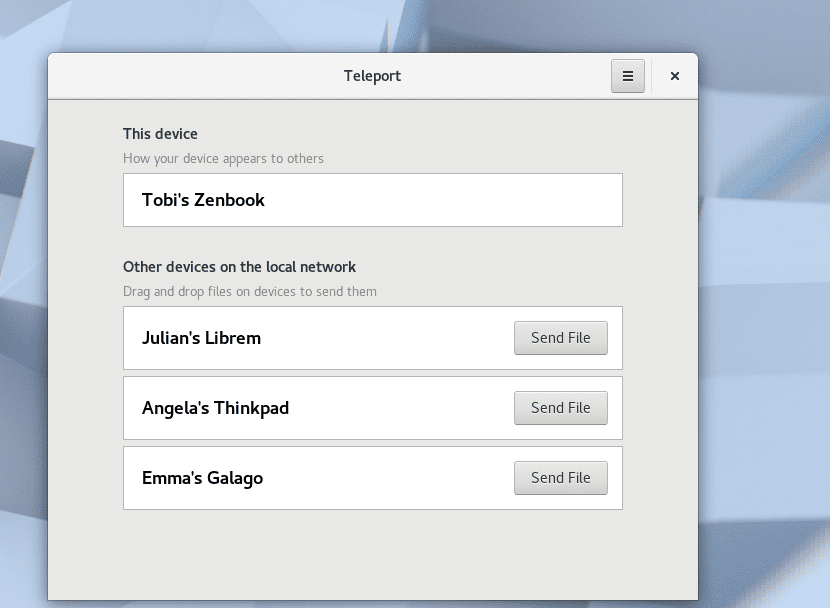 Without a doubt one of the most common tasks on any phone, computer, tablet and other electronic devices for personal use, is file sharing.

And this is a fairly daily task when you have more than two computers at home, work, officer, etc.

Although in recent years what are cloud solutions were presented, say Dropbox, drive, one drive, pcloud etc.

With which conventional methods have been taken to the background to use a pendrive, portable hard disk or send the files by email.

Though, If we see it from a practical point of view, what we do is send our files to a server in another part of this planet and later download it to the computer that we have just a few meters away.

It makes no sense if we see it from that point. So the solution to share information on a local network is the use of protocols such as Samba, NFS (You can visit the publication we made on how to implement it in Ubuntu and derivatives here!) among others.

Protocols with which not many dare to implement it, so this time we will present Teleport (no, it is not the tool for share a terminal session) which is a tool that will help us with this work.

Teleport is a native GTK3 application to share files on a local network in a fairly simple way, without the user having to intervene in file configurations, finding out which is the IP of the equipment or designating a server or client.

Rather Teleport is an excellent solution that facilitates all these tasks, because in essence it has been designed to be a substitute for pendrives or sending emails, so that you only take the file you want to another computer, whenever you want.

Teleport, is an application similar to some of which we have talked about here on the blog, Such as LanShare, EasyJoin, OnionShare (although this implements a tor network protocol).

Teleport It has the support to be able to send multiple files in even multiple folders in a local network.

Besides it also It has the function of being able to send text fragments and that file submissions during the time they occur are encrypted.

Another important point of this application is that it has native applications for Android, iOS, macOS, Windows and especially Linux.

Now it is important to mention that for the application to share information between computers on the same network, The program must be installed on the computers on the network that want to share the files with each other.

How to install Teleport on Ubuntu and derivatives?

For those who are interested in being able to install this application and give it a try, they should follow some of the following steps that we share below.

The general method to install the application within almost any current Linux distribution is through Flatpak packages.

So in our case we must have that support added to our system.

Or if they have the Gnome desktop environment and the GNOME Software software center (or another GUI application to install flatpaks), just download this file and open it in the Software center (your browser should offer it before downloading).

Another method of installing this application is by compiling its source code directly in our system, for this we are going to open a terminal and in it we type:

And that's it, they will have installed the application and can start sharing their files.