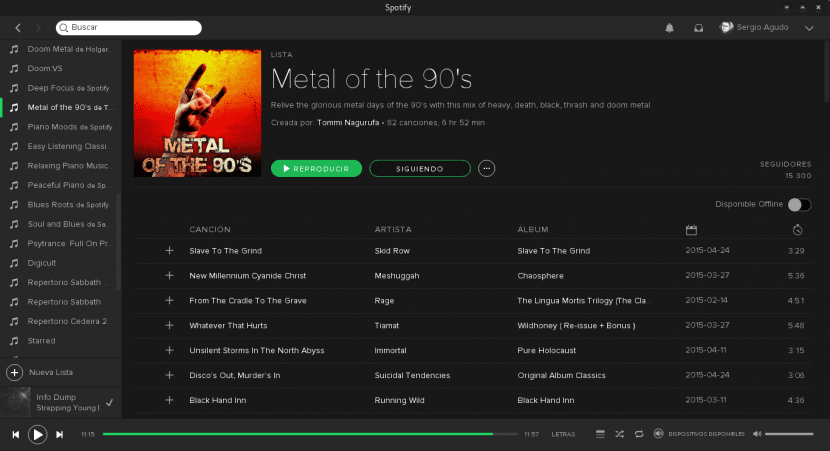 The Spotify client version 1.x is finally stable. The stable Linux repository has been added for Ubuntu 16.04 LTS and for Ubuntu 15.10. This is good news, as we have been with a test client for a long time on Ubuntu in particular and Linux in general. Personally, I do not think that Linux users are of a lower class than Windows and OS X -the community forums are there to give a good example of it-, but apparently for the developers of Spotify it seems that history does not last. it was very different.

Personal complaints aside, what is verifiable is that, as we can read in Ubuntu Handbook, the lack of developers for the Linux client have delayed nine months the release of the new stable client. From Spotify they tell us in their own words:

In June 2015 we released version 1.x of the Linux client for the repository testing.

The intention was to correct some of the most pressing problems and then move the version as quickly as possible to the stable repository. That never happened, since since September we have not had developers working on the Linux client. There are still many problems with this new version of the Linux client, but now we are seeing many more with the old client.

It's a shame that there is no greater commitment from Spotify programmers to Linux. This has deprived us users of enjoying the latest versions of the client earlier in time, but at least it is already here and we can use it.

How to install the new version of Spotify on Ubuntu

Although the client is already available for all current versions of Ubuntu, in those prior to Ubuntu 15.10 and Ubuntu 16.04 LTS it is necessary to install the library libgcrypt11 for it to work properly. In any case, to enjoy the new client in its stable version, open a terminal and execute the following commands:

And in this way you can already have the Spotify 1.x client installed on your Ubuntu.

Full path to article: ubunlog » Software » Spotify's 1.x client is now stable, we'll tell you how to install it on Ubuntu