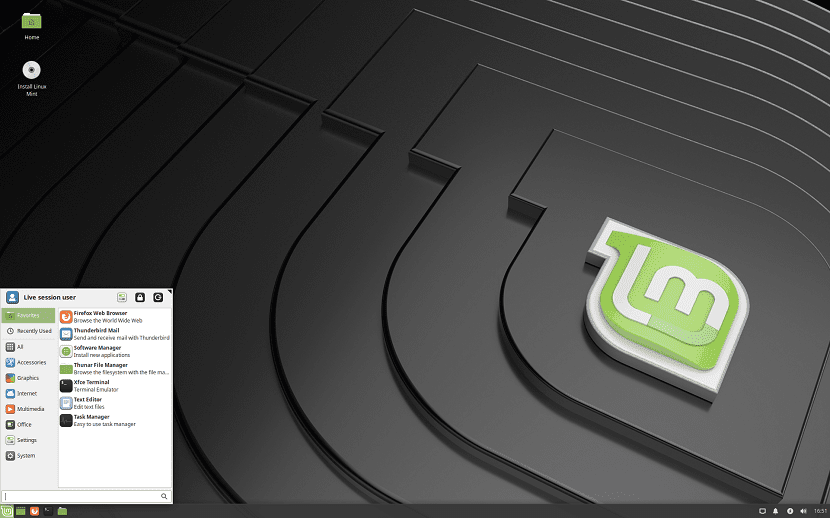 And we can say that Linux Mint 19.1 Tessa is here with us and with it the Linux Mint developers are pleased to announce its official launch.

The composition includes environment versions of the MATE 1.20 desktop environments (The same release was delivered in Linux Mint 19.0).

The new version of Cinnamon 4.0 features a new taskbar layout in which the panel has become larger and darker, instead of the buttons with the names of the windows, now only icons are shown and windows are grouped.

For lovers of the above design, the option to quickly revert to the previous version of the panel has been added to the login welcome interface.

Instead of the traditional list of windows and fixed devices, the applet fork "Icing Task Manager" is integrated into the panel, combining the list of open windows with the possibility of placing icons of grouped applications (as in the Ubuntu sidebar ).

When hovering over the icon, the window content preview function is called.

In the configurator, you can change the width of the panel and the size of the icons for the left, center and right areas of the panel.

Also the size of the icons and scripts was modified. Added a button to enable / disable thumbnail display.

Display of file creation time. Nemo-python and all additions to Nemo, written in Python, are ported to Python 3.

The interface with the desktop settings and the file manager has been changed.

Main novelties in the system applications

In update install manager, added a list of released package updates with Linux kernel and the status of your support in the distribution.

The input method selection interface has been redesigned: a separate tab with settings is now displayed in the sidebar for each selected language. Added support for the Fcitx input system.

Continuous improvement of applications developed as part of the X-Apps initiative, aimed at unifying the software environment in different desktop-based editions of Linux Mint.

In X-Apps, modern technologies are used (GTK3 for HiDPI compatibility, gsettings, etc.), but traditional interface elements such as toolbars and menus are preserved.

In the Xreader document viewer (a branch of Atril / Evince), the interface has been optimized, thumbnails and borders are more clearly highlighted.

The Xed text editor (a branch of Pluma / Gedit) has been translated to use the libpeas library, Python 3, and the Meson build system.

In the libxapp library, which dictated the typical elements of the interface, four new widget added:

To download the ISO files of the different flavors of this new edition of Linux Mint 19.1, you can download them directly from its official website of the project.

Without further ado, if you want to be able to try this new version of Linux Mint we already have the download links at hand and you only have to install.