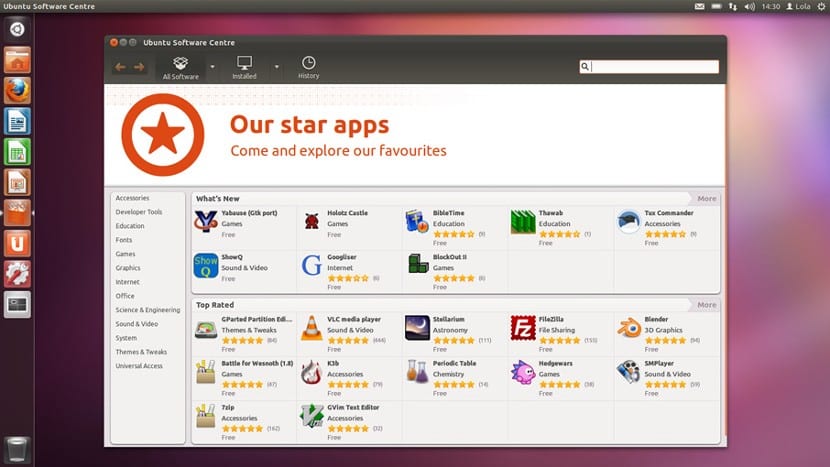 This decision was made at Canonical headquarters in London. In the company they have more confidence in your abilities to add support to the Gnome Software Center than Ubuntu, and for now that seems to be the most reliable explanation of why they are going to replace it. Besides, for other reasons, it was about time.

The truth is that for a large part of the users - at least as consulted by OMG! Ubuntu on Twitter— use terminal to install software rather than a graphical environment, which suggests that this loss will hurt few. Based on my personal experience and in case you are interested in knowing, I install almost everything through PPAs, using the command sudo apt-get install, and when it comes to DEB packages the command sudo dpkg -i. The Software Center is not something that I use too much - in fact the few times I look for a program graphically I do it through App Grid - since its low efficiency has always seemed a nuisance to me.

The USC will not be the only one to disappear

Today we have learned that Ubuntu Software Center will disappear from Ubuntu 16.04 LTS Xenial Xerus in company. With the Empathy and Brasero also fallBoth are considered out of active development, and with the number of notebooks without an optical drive on the rise and web and mobile instant messaging services, both have come to be seen as obsolete.

However, if you used either of these two applications they can continue to be installed from the repositories, so no need to worry. The only thing that changes is their inclusion as packages software base. Speaking of software base, a new default Ubuntu application will be GNOME Calendar.