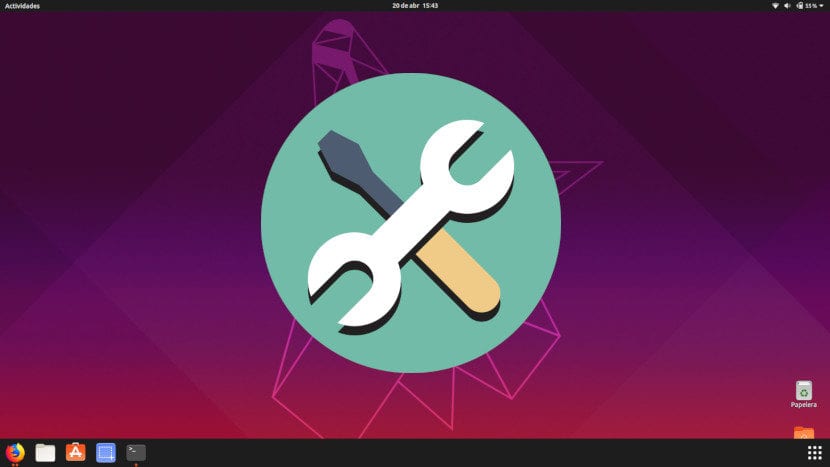 We have been with Ubuntu 19.04 Disco Dingo and personally I have to say that I like it a lot. I have it on my persistent USB and it occurs to me to go back to the main version of the operating system developed by Canonical, but it happens to me when I remember that Kubuntu has stolen my heart. Although everything works very well in Disco Dingo, you can always make some changes to make the system more productive and in this post I tell you about three that I think we should all do.

There are changes that I think are everyone's decision. For example, I prefer to have the dock on the bottom and the minimize, maximize and close buttons on the left, but I am aware that many of you prefer these two things as they are. Ubuntu is very customizable, but the problem is that, unlike the old GNOME versions, many of the changes we can make to it are hidden. We can make many changes with GNOME Tweaks or running some commands as the following:

Ubuntu 19.04 will be more productive with these changes

Enable the minimize option when clicking the dock icon

Windows has it like this, macOS has it like this and many Linux distributions have it like this, but not Ubuntu, not by default. If we click on an icon in the Ubuntu dock it does… nothing. We can activate the function for it to do something and the best it can do is that an app is minimized in the dock. We will achieve this by executing the following command:

The change will be made instantly and what it will do will depend on how we have the window. If we have it open, it will be minimized; if we have it minimized, it will open. This setting does not allow using the values ​​«maximize» (= maximize) or «close» (= close).

Hide the top bar in Firefox.

Every time I open Ubuntu after using Kubuntu I see that there is a lot of wasted space above when using Firefox. And is that Ubuntu has its own bar at the top, so we have two if we leave Firefox as it comes by default. There is a option to hide it we have in Settings / Customize. It's at the bottom left when you uncheck "Title Bar." The minimize, maximize, and close buttons will appear at the same level as the open tabs.

Well: we said that these changes should be made by all Ubuntu users, but this change is only for computers with battery. There are many operating systems that show only the icon. So we have a cleaner section, but we do not know exactly how much battery we have left. To find out, in Ubuntu we have to click on the tray, at which point we will see the percentage and how much is left to finish or to load 100%. If we want view battery percentage, we will open a terminal and write this command:

Are there any other changes you make to Ubuntu that you want to share?

Related article:
"Eoan" will be the last name of the Ubuntu 19.10 animal