In the next video tutorial I will show you the correct way to use Yumi to create our Bootable pendrive to install the latest version of Ubuntu, Ubuntu 13.04.

Yumi is a tool, which unlike UNetbootin, allows us to burn or record in the same pendrive more than one Linux distribution, which is ideal for all those users who like to try several distros especially to use in their format Live from the USB itself.

In another graphic tutorial I already taught you how to use this tool to Windows, although due to requests from different users I have decided to create this new video tutorial to explain the process in an easier way if possible.

In the attached video you will find all the process explained step by step, from how to download the tool from its official website, to the correct way to download directly the Linux distribution that we want, going through the complete recording process from the pendrive or Bootable USB with our distro of Ubuntu 13.04.

If you still have any questions or queries, do not hesitate to use the blog comments or from the video itself uploaded to You Tube channel de ubunlog. 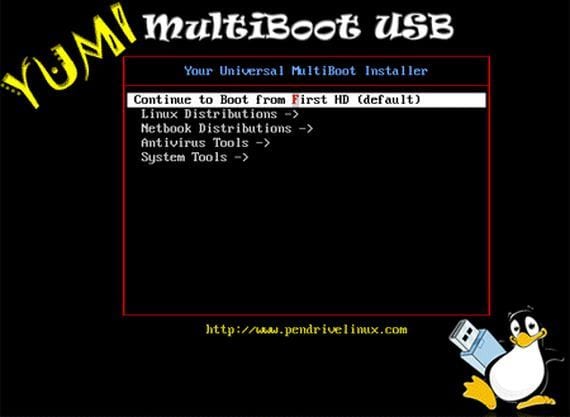 It's advisable download previously Linux distributions that we want to record on our pendrive, since if we select the download option from Yumi, the creation process takes a long time, especially if we are going to record more than one distro.

This latest version of Ubuntu 13.04 is called Daily Build and it is not a final version.

If we are going to record more than one Linux distro in the same pendriveIt is essential that it adapts in size to the number of distributions that we want to install, otherwise the installer will tell us that there is no space to record the selected distro.

The standard distributions of Linux usually occupy around the 800 Mb, so in a Pen drive of 2 GB you can install a couple of distros.

Yumi It also has among its options the possibility of installing system tools and antivirus to be able to use them directly from the pendrive or Bootable USB.

When starting our Bootable USB We will get a screen as a menu from which we can easily access all the distros burned in the aforementioned support, in this main screen of Yumi, the option that is marked by default is to start from our hard disk, if we do not touch anything in the predefined period of time, the computer will start from the aforementioned unit. 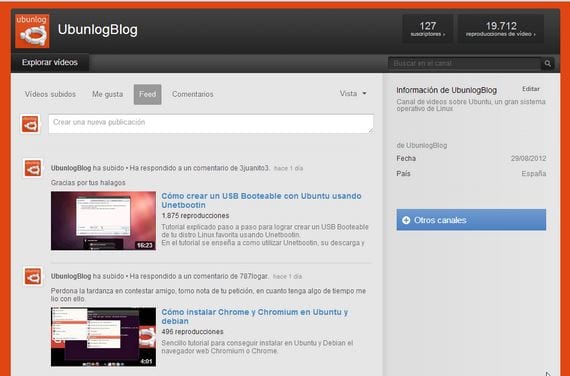 Finally and to finish the personal recommendation that you subscribe to our You Tube channel where you will find many more video tutorials and practical exercises for novice users in Linux operating systems.

More information - How to create Live CD from a Linux distro with Unetbootin, How to create bootable USB with multiple Linux Live distros using Yumi, Ubunlog Channel on You Tube