A few hours ago we finally knew the latest stable version of Ubuntu. Called Ubuntu 15.04 Vivid Vervet which brings interesting improvements not only in the graphic aspect but also in other aspects that make this distro one of the best options for novice users or who simply do not want to complicate their lives to perform repetitive tasks.

Ubuntu Vivid Vervet incorporates the latest stable Linux kernel, 3.19, although we can use Linux 4.0 as the Ubuntu community has provided us.

In addition, this version has Systemd, a startup daemon which will run all startup processes thus speeding up the system.

Unity reaches version 7.3, a very mature version that will incorporate Compiz 0.9.12 in addition to integrating the menus.

Ubuntu 15.04 Vivid Vervet updates the usual applications that it already offers such as LibreOffice, Firefox, Thunderbird, Evince, Nautilus, etc…. to the latest stable version, in the case of Firefox for example it will be version 37, in LibreOffice it will be 4.3.2.2, etc….

In addition, developers will find Ubuntu Make as the default development environment. An environment that was launched a few months ago and that is becoming more stable and with more tools.

To get a disk image of this version, you can find it here, although if you want to try other flavors, I will give you the download torrents below:

The Ubuntu installation process is very simple, for those of you who have actually already installed Ubuntu, the change is not substantial, however in this version the process has been simplified even more if possible.

To install it, we burn the disk image to a disk, insert it into the pc and reboot it, making sure that the pc boots from the cd or dvd. Thus, after starting the installation program, a desktop environment similar to Ubuntu will appear with a window that will ask us the language and if we want to "try Ubuntu" or "install" it. 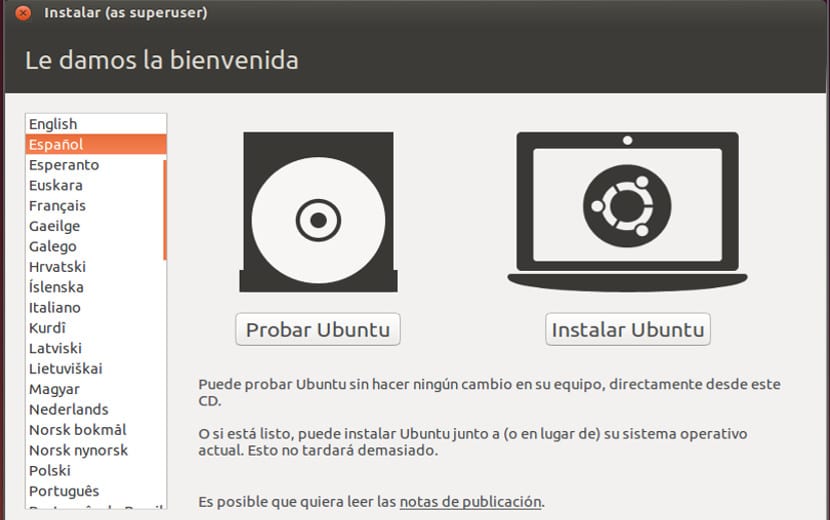 In our case, we click "Install Ubuntu" and another window will appear that checks the requirements of our computer. If it complies, a window like the following will appear, otherwise it will appear in red. If we want to do a quick installation, we uncheck the boxes below and click "next". 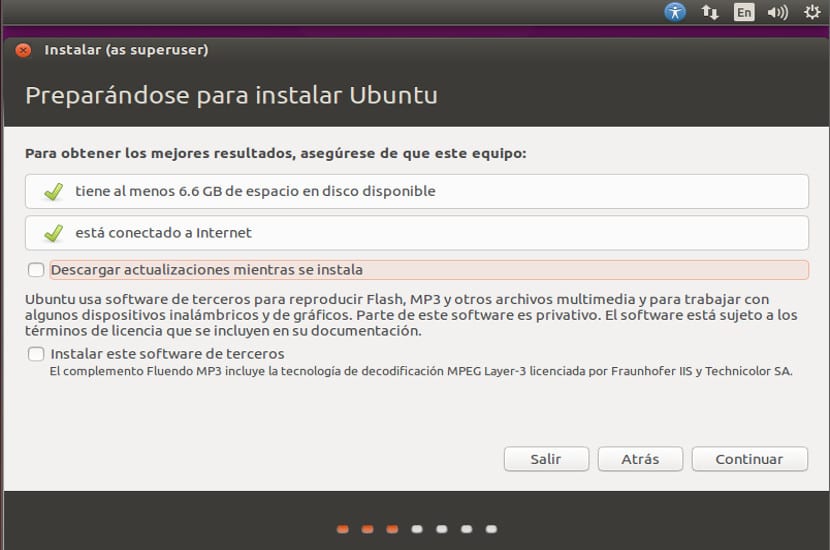 The disk partitioning screen will appear, if we want to do a clean installation we leave the option of "Erase disk and install Ubuntu" but we can choose other options, depending on what we want, now, know that in any case, any change is irrecoverable. If you want more information you can consult this guide that we write to you. 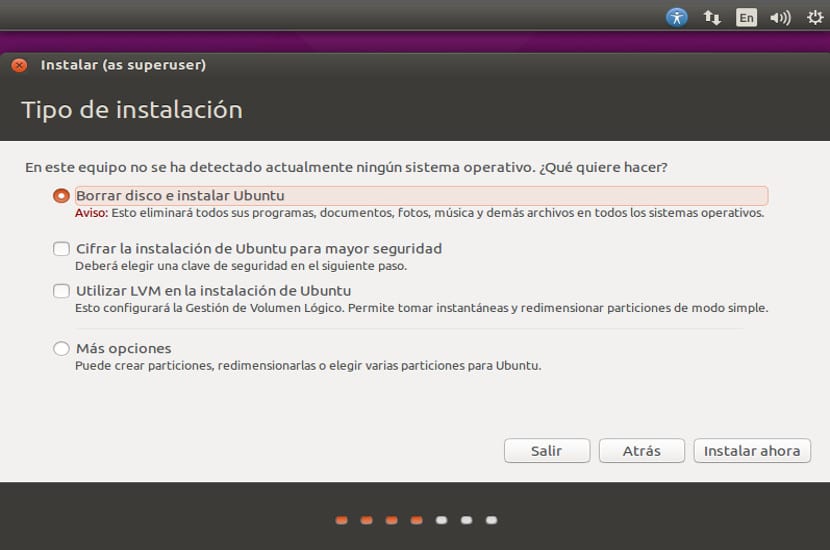 After having marked the disk options, we press next and the time zone screen will appear, in my case, being from Spain, “Madrid” and next frame. 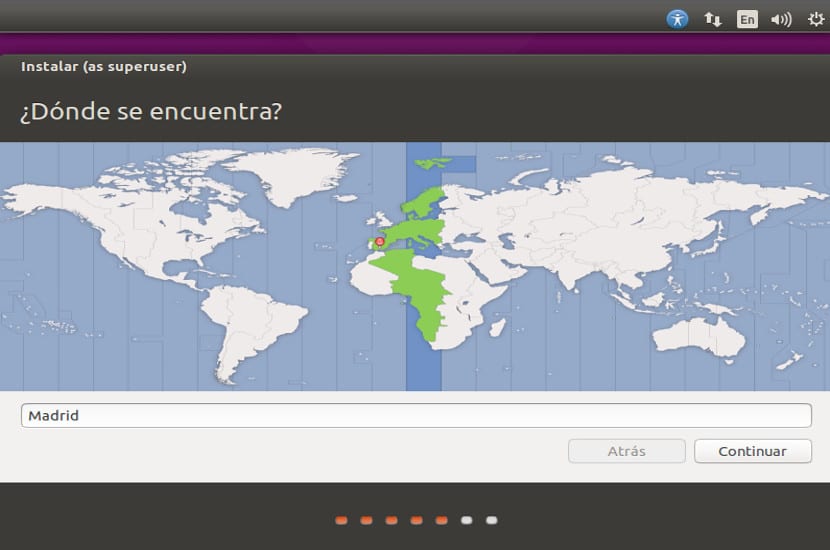 Now we select the keyboard and the language, then we press next. 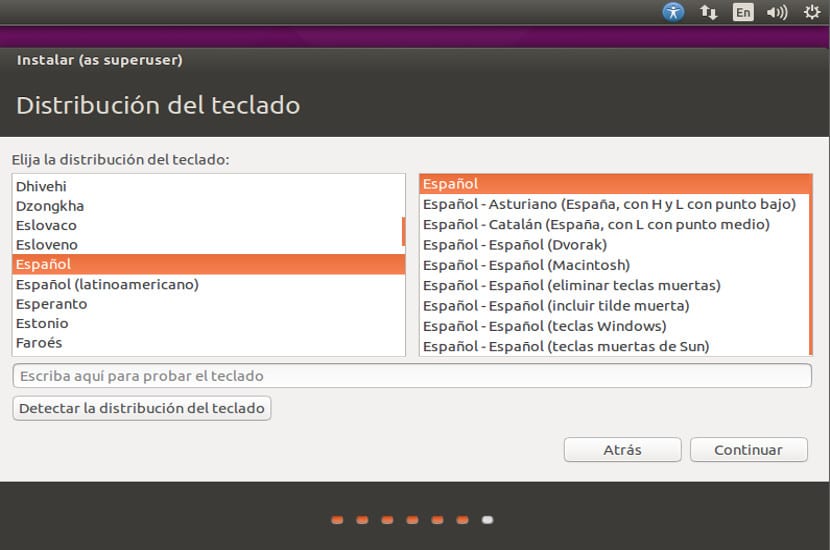 Now it is time to create the users. 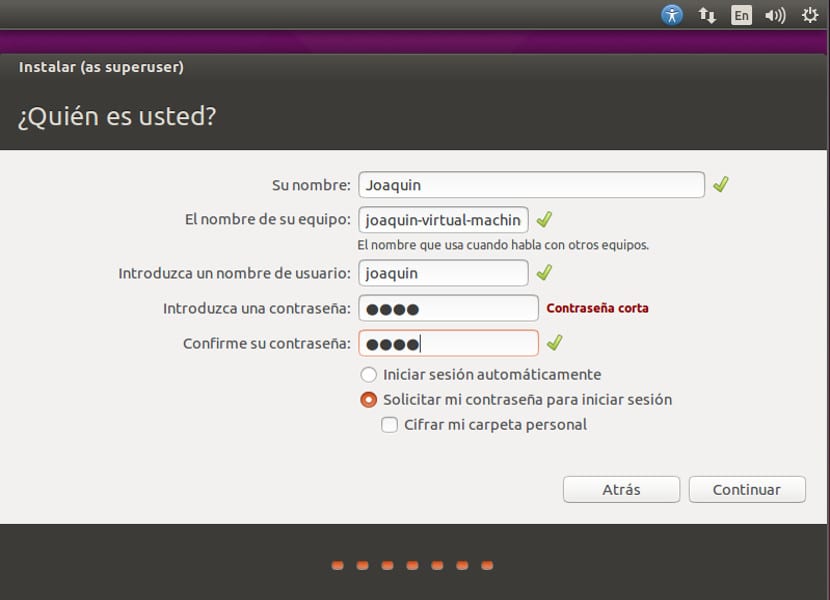 In this case Ubuntu only allows at the beginning to create a single user who will be an administrator, we fill in our data and choose how to start the session, then we click next. VERY IMPORTANT!! Do not forget the password, if you can write it on a piece of paper.

And after this the installation of Ubuntu 15.04 Vivid Vervet will begin. 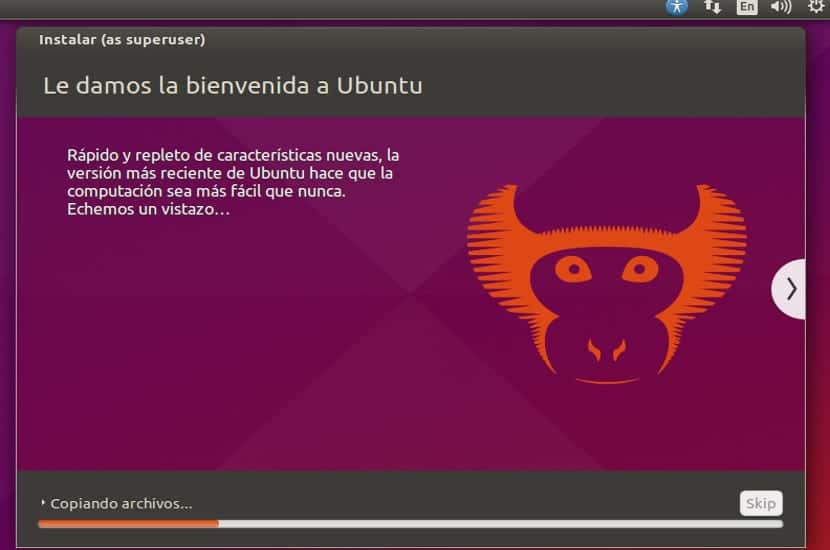 Although it takes little time to install it, it gives you time to prepare a coffee or go do something while the installation is done, as at the end a window appears asking if you want to restart or continue, there is no danger and you can lose the time you want. Once finished, press the "Restart" button and remove the disk so that the installation does not start again. 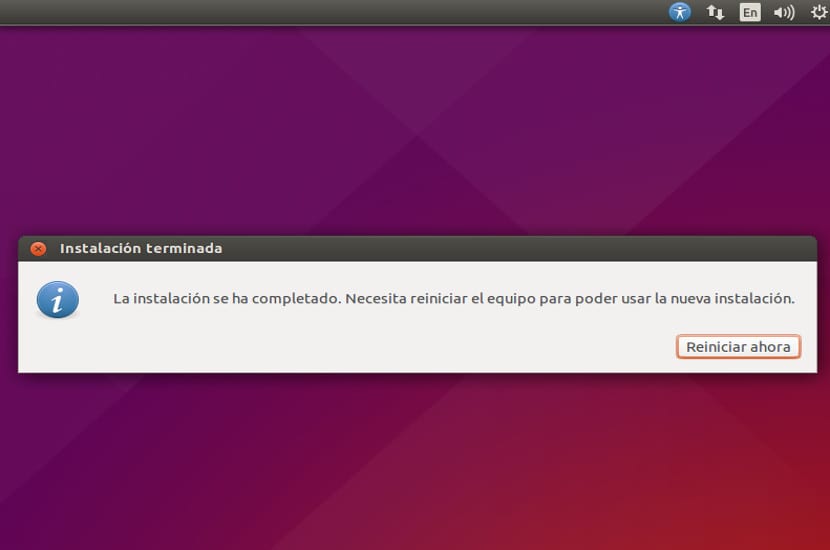 We already have Ubuntu 15.04 Vivid Vervet, so now we have to tune it up. The first thing we will do is open a terminal by pressing the Control + Alt + T key

There we write the following:

And we begin the installation of programs:

This will install Java

This will install the flash plugin for our browser.

This will install the VLC multimedia program

This will install the Gimp program

This will install Unity Tweak on the system to configure and modify the Unity desktop.

This will install a calendar that is synchronized with our calendars as iCalendar.

This will install a time indicator, for those who want to know it. We recently explained here how to change desktop theme, something useful in case you don't like the new interface of Ubuntu 15.04 Vivid Vervet.

Now we go to System Settings and we go to the tab "Security and Privacy”, There we will configure the system as we see fit to protect our data. Going back, we now go to "Software and Updates" and select the tab "Additional drivers”The controllers that we want our system to use, we press close and we can now say that we have our system ready and ready to make it fly.

Can you think of something else to do after installing ubuntu 15.04 Vivid Vervet?

After all this, we already have our Ubuntu 15.04 Vivid Vervet to make it work at full capacity, now I leave the rest in your hands. I know there are essential things that we have forgotten how to install an IDE or a system monitorHowever, such things are intended for an advanced user and this guide is for a novice user, hence the paucity of some topics.