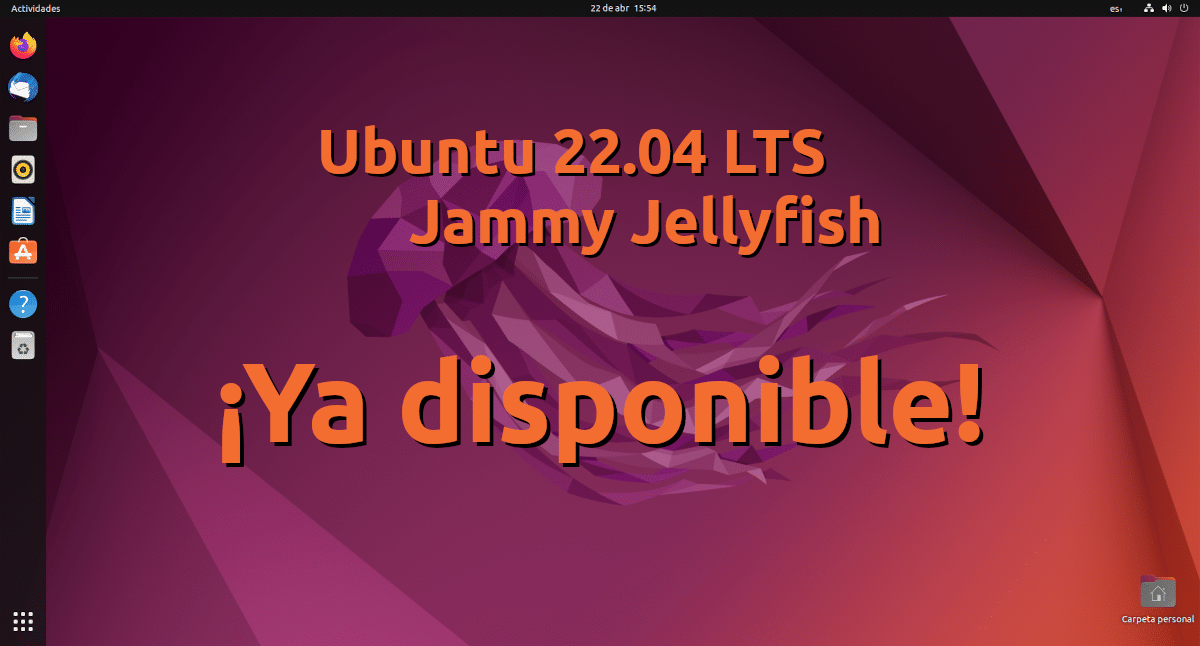 Well, it's already here. If we were to say that this is the best version of Ubuntu to date, we would be saying the same thing that all developers (and even artists) say after a new release. No, we're not going to say that because we don't work at Canonical and we remember what it was like years ago, but we are going to say that Ubuntu LTS 22.04 Jammy Jellyfish is a major release, the biggest in years.

Two years ago, with the release of Focal Fossa, new features typical of an LTS version were introduced, but in Ubuntu 22.04 LTS, with the jam jellyfish, they have gone several steps further. To begin with, because they have made the leap from GNOME 40 to GNOME 42, so all the new features of a year have been introduced on the desktop. In addition, Canonical has been ahead of GNOME in some things, such as the ability to change the accent color, and everything looks very good, as you can see in the following list of new features.

Ubuntu 22.04 LTS is now available for download from this link, soon on the official website. To install it from the same operating system, you will soon be able to open a terminal and type: