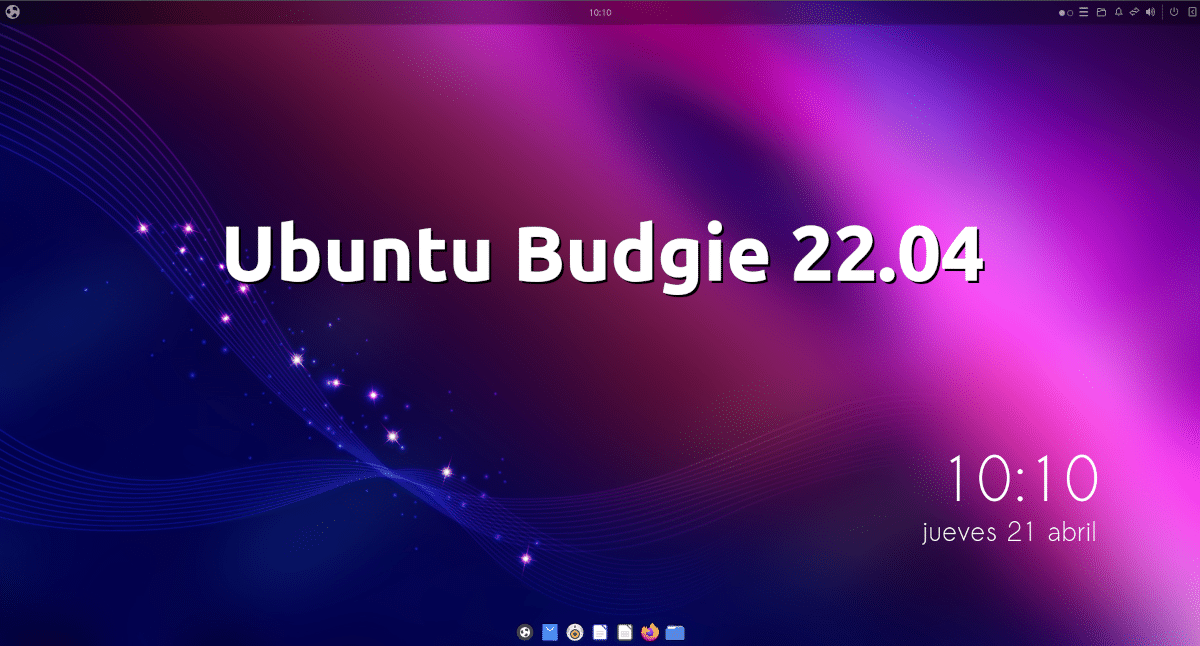 Pictures are uploading right now. And, how could it be otherwise looking back in time, Ubuntu Budgie has been one of the first to do so. Although we will write an article about them, around the same time the Lubuntu and Kubuntu images have been uploaded, although all have yet to make official releases. Probably the first to do so will be the Ubuntu Budgie 22.04.

Ubuntu Budgie 22.04, like the rest of the Jammy Jellyfish family, is an LTS version, one of those supported for the longest time, but also where an extra effort is made to add new features. and reading the notes from this release and other past, yes, there are many changes. Thus it is difficult to make a summary, and for users of the Budgie version of Ubuntu who want to know all the news, we recommend reading the original source. Here we will summarize the most outstanding.

Users interested in installing Ubuntu Budgie 22.04 you can now download the new image from this link, soon from your download page. To upgrade, it is recommended to back up all important data, install any packages to be upgraded, and reboot. Then you have to start the update manager and follow the instructions on the screen. This is valid for Ubuntu Budgie 21.10 and 22.04 users.