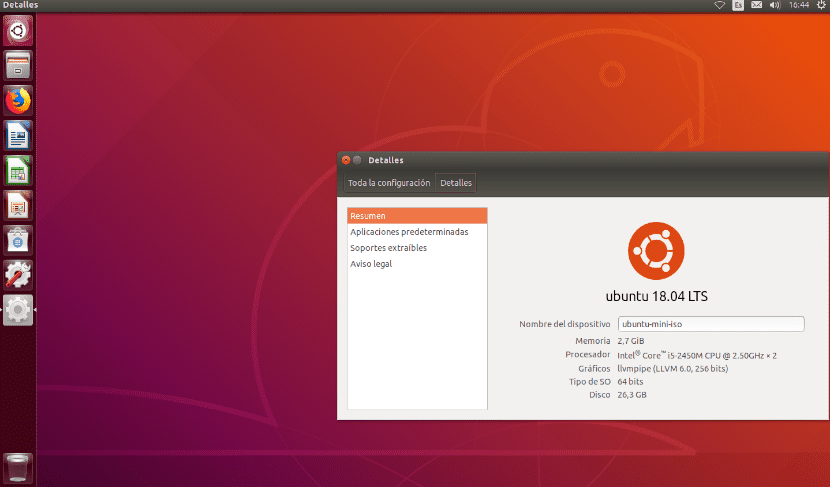 It is no secret that Ubuntu and Linux-based operating systems in general except for Android are not the most popular. The average user prefers Windows compatibility or the middle between compatibility and good performance of macOS. Now, when we talk about developers, things are very different. ¿Why is Ubuntu so popular among developers? Canonical explains it to us in a PDF.

Posted just a few hours ago, Canonical tells us six reasons why developers choose Ubuntu to develop for all kinds of devices, among which we can find, among other things, devices for the Internet of Things or IoT. Also in clouds, where it is one of the most important options if not to say that it is the best option. You have all the information below.

Ubuntu is the first choice in Machine Learning

The Mark Shuttleworth team's operating system is preferred for many emerging technologies, among which artificial intelligence or AI, Machine Learning or ML and Deep Learning or DL ​​stand out. The latter is a growing market that is receiving a very important investment from companies like Google, Amazon and Microsoft, who are creating special tools.

Regarding all this, no other operating system can come close to Ubuntu libraries, their tutorials and examples. Furthermore, no other system offers the same level of support for the latest open source platforms and software. That is the reason why Ubuntu is the operating system of choice for many of the frameworks most famous, among which we find OpenCV, TensorFlow, Theano, Keras and PyTorch.

Our GPUs have changed things in terms of AI and Nvidia is investing in CUDA for Linux to unleash the power of its latest graphics cards for general computing. These graphics cards can be added to Ubuntu on traditional PCI or with Thunderbolt adapters, which makes them compatible with much hardware such as small laptops.

The biggest advantage of developing in Ubuntu is that allows working on the same underlying operating system both on your desktop systems and on your servers, in the cloud and on IoT devices. The same software packages are available for all versions of Ubuntu, ensuring that developers can better move between different platforms.

This robust experience makes testing easy local before developing globally, providing developers with an easy path from development to production. They do all of this with the same software running both on their desktops and in their production environment.

In April 2016, Canonical kicked off the Snap packs. These new packages are ideal for building and distributing applications and work on desktops, clouds, and IoT devices. They are simple to create and install, safe to run and update automatically. And as in the Snap packages include all dependencies necessary, they work on most Linux operating systems without the need for modification.

Developers can create Snaps using the command line Snapcraft, which significantly simplifies the complex work of traditional package creation. It also allows developers to deliver new versions of their applications directly to users. In IoT devices, for example, Canonical research ensures that 69% of customers do not manually update their connected devices, so updates are often not delivered. This automation greatly improves the customer user experience and eliminates the need for developers to support older versions of their products.

The Ubuntu desktop operating system is developed by a team of Canonical engineers using contributions from the Ubuntu community and the Linux ecosystem at large. At Canonical they not only offer the best desktop Linux distribution, but they also make sure Ubuntu supports a lot of hardware.

El equipment tests and certifies regularly down to the very last point of Ubuntu operation on one device, focusing on audio, Bluetooth, input devices, display adapters, FireWire, networking, power management, storage devices, and much more. This means that Ubuntu users have complete freedom when it comes to upgrading their hardware.

Extensive support from Canonical and the Ubuntu community

In addition to all the above, any user who uses Ubuntu has Canonical and community support. In the last few days you have seen how it is possible to install a lot of software in Ubuntu that is not available in the official Ubuntu repositories. On the other hand, there are also many forums where they will provide us with all the necessary information to carry out practically any task. Sometimes the Ubuntu community continues a discontinued project, as was the case with the mobile version of the operating system developed by Canonical.

Canonical works with major hardware partners around the world to make Ubuntu pre-installed on a wide range of computers of desktops and laptops. Users can choose from hundreds of PC configurations and buy directly from Dell, HP, Lenovo, and others.

Certified hardware is designed to meet the needs of organizations in business, government, public and education, all of them relying on Ubuntu to do their jobs. Customers can trust their computers to run flawlessly with Ubuntu right out of the box without the need to spend time installing it.

And you? Still not using Ubuntu?

Full path to article: ubunlog » Ubuntu » Ubuntu is a very popular system among developers. Why?