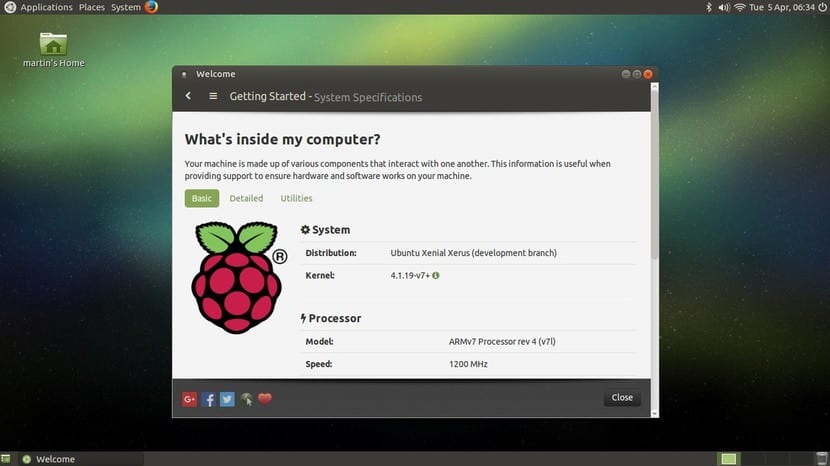 It was not at the same time, somewhat understandable in part, but the Ubuntu MATE team has already released Ubuntu MATE 16.04 (Xenial Xerus) for single board computers Raspberry Pi 2 and Raspberry Pi 3. Like its older brother, the release of Ubuntu MATE for Raspberry Pi has occurred after several months, although being what is known as a "port", the work has been less than in the version for computers.

Since beta 2, which was released in early April, the developer team has included some helpless new features. The OpenMAX IL video playback accelerator hardware has been added to the VLC player, but it will require users to activate it from the OpenMAX IL option found in the Tools / Preferences / Video menu. On the other hand, full support has been included for the Wi-Fi and Bluetooth components of the Raspberry Pi 3 Model B SBC.

On the other hand, support has been added for the MMAL (Multi-Media Abstraction Layer) hardware for accelerated video playback to the multimedia server. FFmpeg. To use this new feature with FFplay, users have to specify the h264_mmal codec (for example, - ffplay -vcodec h264_mmal video.mp4). The minimum size of microSDHC cards has also been increased to 8GB and the tboplayer software has been removed.

I have to confess that I have never tried a Raspberry Pi, but I am convinced that Ubuntu MATE will work well on the famous small motherboards, since I was already using it on a more limited computer. In any case, I think it would be worth a try. If you have a Raspberry Pi 2 or a Raspberry Pi 3 and want to try Ubuntu MATE 16.04 LTS on your small computer, you can download its image from the following link. On the official website (which is also accessed from the link) you have more information.