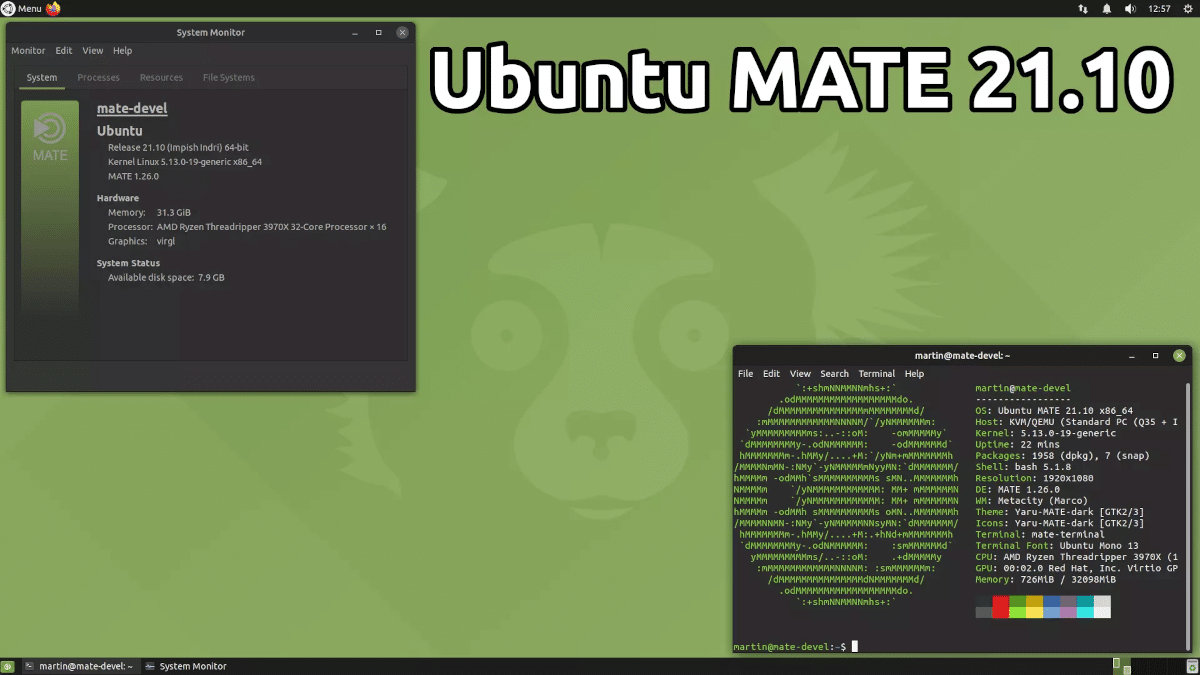 Impish Indri's releases are already official, which means not only that we can download their ISO images, but they have published them on social media and their release notes are now available. One of the first in doing it has been the flavor developed by Martin Wimpress, that is to say Ubuntu MATE 21.10. Like the rest of the components of the Ubuntu family, it includes shared news, such as the kernel, but others more its own, such as the graphical environment.

Ubuntu MATE 21.10 uses the graphical environment MATE 1.26.0, but share other software like kernel, Linux 5.13 in all cases. The release note mentions many of the benefits of the new desktop, including some in the control center. In addition, there are also new versions of applications, and you have the most interesting changes below.