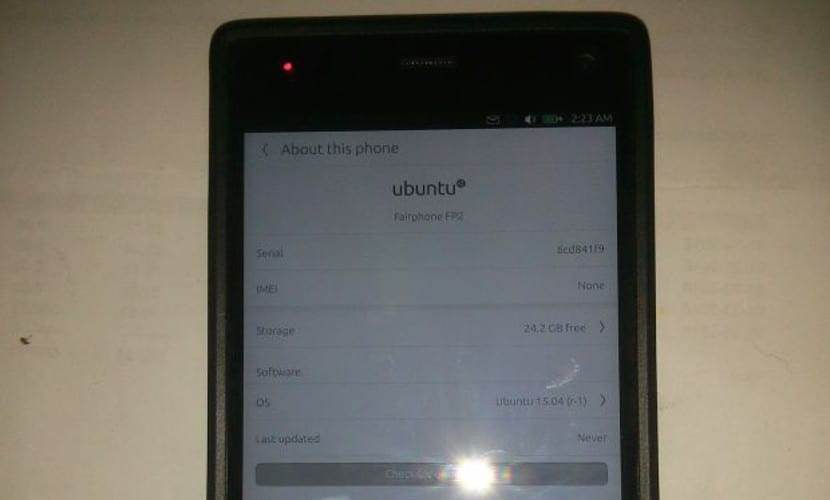 Earlier this year we received the sad news that there would be no new device or even new features within Ubuntu Phone until the entire operating system is updated to snap. This has caused many disappointments among users but that does not mean that Ubuntu Phone is going to die, far from it.

It will soon take place in the city of Barcelona the Mobile World Congress 2017 or also known as MWC 2017. An event where we will know the latest news about Android and mobile devices. And we will also know about Ubuntu Phone, because Canonical and the Ubuntu Touch developers will have a booth at the aforementioned Fair.

Canonical will carry a mobile from the UBPorts project to demonstrate its success and the versatility of its platform. Something that was already demonstrated with the Nexus 4, but this time a lesser known but very interesting device will be chosen. In this case it will be the Fairphone 2.

Fairphone 2 is a mobile that already has a full version of Ubuntu Phone working, but also, it is a mobile that has several interchangeable modules that will work on Ubuntu Phone. So, unlike other operating systems, Ubuntu Phone will allow you to change elements such as the battery or the camera and be recognized without having to compile an exclusive rom. For such a presentation The leader of the UBPorts project, Marius Gripsgard will be present.

But it will not be the only thing we see from Ubuntu and Canonical. Along with the presentation of the Fairphone 2 with Ubuntu Phone, we will also see the different devices with which Ubuntu can work, demonstrating once again, the Convergence that Canonical is creating little by little. In this facet we will see devices like Raspberry Pi or tablets like the BQ Aquaris M10. So, as you can see, Ubuntu Phone and the Ubuntu Touch project are still more alive than ever, despite not having any new devices.

Full path to article: ubunlog » Ubuntu » Ubuntu Phone will be present at MWC 2017 in Barcelona