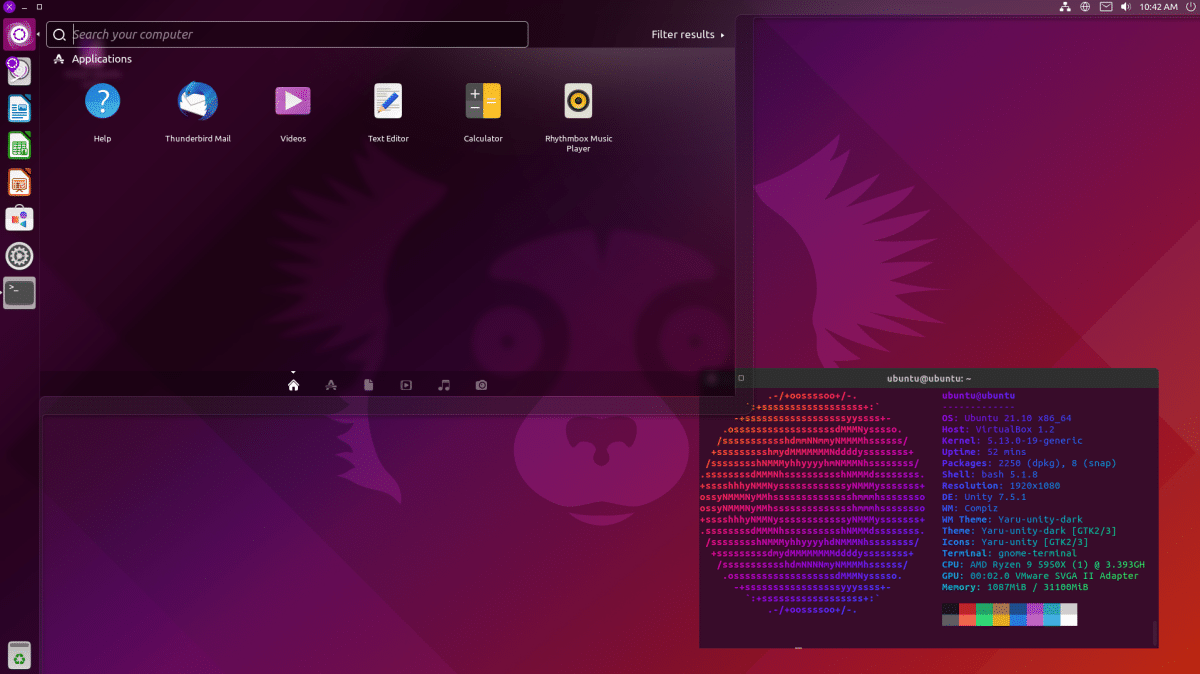 With this release it will not happen to us as with that of the main version. And is that today October 14 is the day that Ubuntu 21.10 and all its official flavors have to arrive, but since the main one is also in Server, we have been a little ahead of its launch. Those who want to join the Ubuntu family do not have to wait to launch their ISO images, and Unity 21.10 has been the first to make its launch official.

Personally, and although I do not use this Remix, I have been relieved to see that it does not use UnityX. I don't know what it will be like when they add it to the operating system, if at all, but right now it's a confusing desktop worth quarantining. Ubuntu Unity 21.10 still using Unity7, but with changes like some indicators. Below you have a list of some news that have come along with this release.

Interested users you can now download Ubuntu Unity 21.10 Impish Indri from this link. Although their website has already removed the label "Remix", they are not yet an official flavor. Speaking of their website, they have migrated to GitLab, since their old page did not support a lot of traffic. And it is that Unity continues to have its followers, more than some of us believed. For those users, Ubuntu Unity 21.10 is out now, and it has arrived in better shape than ever.