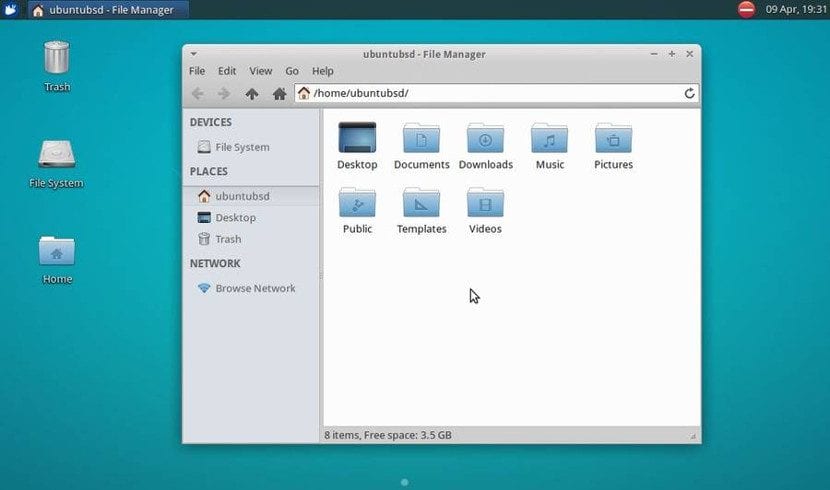 We had not known anything about this new project that uses Ubuntu and BSD for a long time, but that does not mean that its developers were idle. So after several days we already have the first beta of the UbuntuBSD distribution. This beta corresponds to version 16.04 and has the nickname of New Hope or New Hope.

UbuntuBSD 16.04 brings together the best of both worlds: Linux and BSD. On the one hand it puts the best of BSD and on the other hand, it takes the rest of Ubuntu elements and programs to make the novice user able to enter the BSD world at the hands of Ubuntu.

UbuntuBSD 16.04 will use Xfce and not Unity as the main desktop

As we see in this beta, UbuntuBSD 16.04 will have Xfce as its main desktop; the beggining will not be commanded by Systemd Rather, it will be a mixture of Busybox and OpenRC, a creation that should not be lost sight of as it could be more efficient than the rest of the programs that are currently used, being able to be implemented by other official Ubuntu flavors or even by Ubuntu. It is expected that this version will be released later this year, so it appears that UbuntuBSD will not follow the Ubuntu release schedule nor will it be released every six months as the major version, although it just seems.

Sadly for the moment we only have 64 bit install imagesIn other words, if we don't have the power to create a 64-bit virtual machine or we simply don't have that platform, we won't be able to test this new distribution. In this link We will be able to get the first beta of UbuntuBSD 16.04, as well as the rest of the development of the distribution.

I personally believe that UbuntuBSD 16.04 will be a great flavor or at least a large distribution, although it will not be focused on the most novice users, I have no doubt, in any case it seems that the word "stability" will be present in this distribution What do you think?