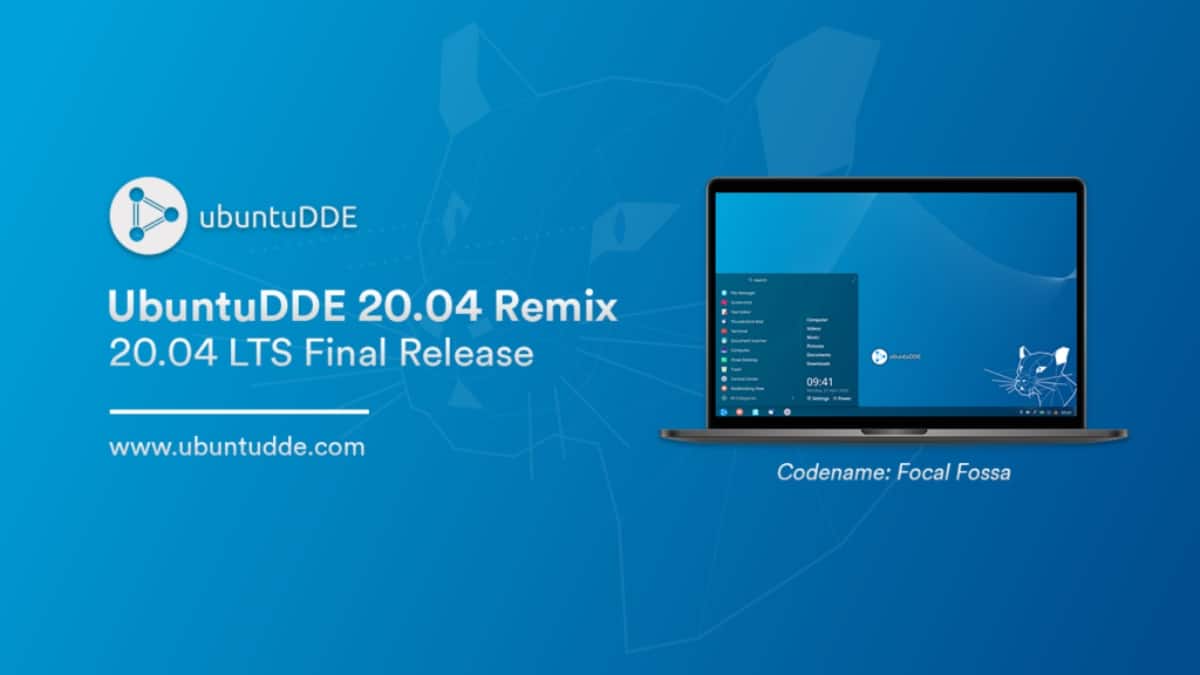 Today just a month ago we talk to you which will probably become the XNUMXth official Ubuntu flavor. The graphical environment that will use that flavor will be Deepin and yesterday it launched its first stable version: UbuntuDDE 20.04. And if reading this introduction you are doing the math, it would be the tenth flavor because there are currently eight, but Ubuntu Cinnamon is already dealing directly with Canonical to enter the family of their operating systems.

The launch took place yesterday May 5 and, as you would expect from the date and numbering, it is based on Ubuntu 20.04 that was released on April 23 and whose code name is Focal Fossa. Like the rest of the family, it comes with general news, such as the kernel Linux 5.4, and it will be supported for several years but, since they have not said how long exactly, we assume that it will be the 3 years offered by flavors such as Ubuntu MATE or Kubuntu.

What does UbuntuDDE 20.04 include as a highlight

The UbuntuDDE team recommends using their operating system on computers that have at least less 2GB of RAM (4GB recommended), a 30GB hard drive, and a 2GHz processor or higher. If you are interested in trying UbuntuDDE 20.04, you just have to go to your download website and download the ISO that is available from various hosting services.

Personally, although I reserve my opinion, I would like to ask you: Do you think UbuntuDDE is an interesting option that will be installed on many computers?