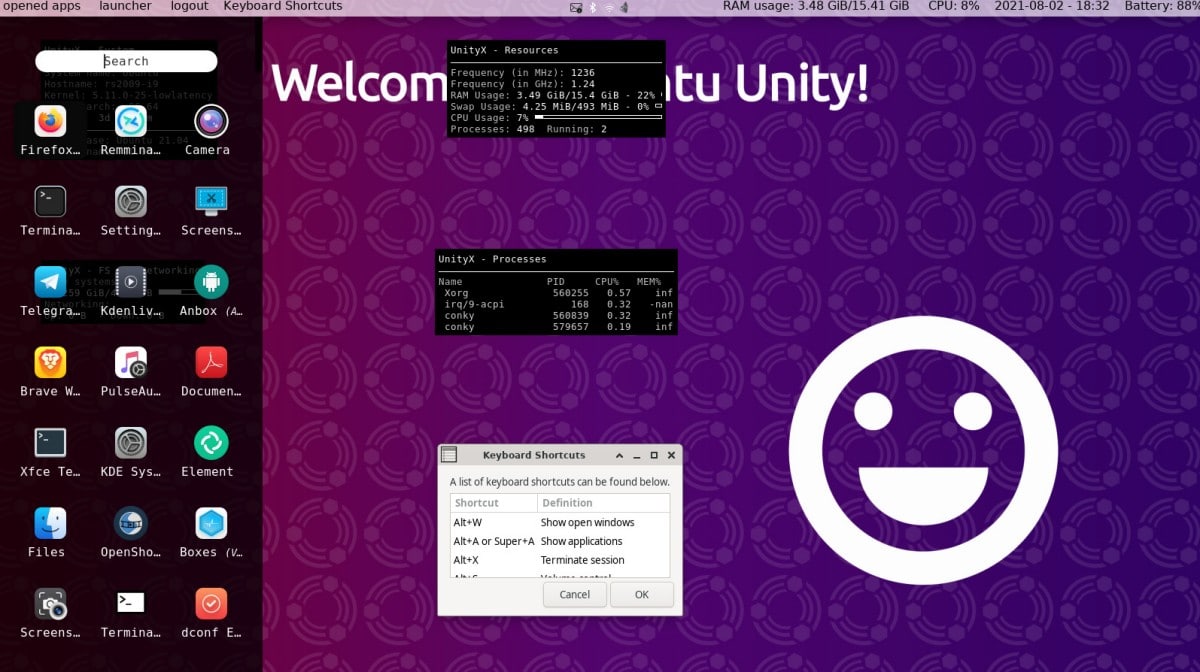 Since Canonical introduced it, I think there are few of us who have to talk about Unity have done it for the worse. Ubuntu became heavy, and many of us looked for alternatives until we found Ubuntu MATE. Some time later they returned to GNOME, and Unity stayed in its version 7 and prepared Unity8. As it was difficult to pronounce and who was using it the most was UBports, they changed the name to Lomiri, but the desktop version has been reborn with Ubuntu Unity Remix and they are already working on UnityX.

Its developers refer to it as UnityX, and there are already a web open on it, but the "X" is a 10. Its developers say it is designed for users who actually use the keyboard, but it is not a window manager like i3 or Sway. Yes I have thought of Sway when looking at the UnityX top bar, but what the Ubuntu Unity team is developing is more of a desktop.

The development of UnityX is moving fast and we aim to release 10.0 (stable release) well before the end of this year. UnityX 10.0-rc2 has now been released?

We are accepting merge requests at https://t.co/ZkSwDn5BZk.

UnityX development is progressing rapidly and our goal is to release 10.0 (stable version) well before the end of this year. UnityX 10.0-rc2 has already been released.

The project has been underway for a few months, but at the moment What there is it is second desktop RC. They have enabled a repository, and it can also be installed from the DEB package, available here!.

Taking into account that everything is very immature, and that right now I cannot test what is available, I can say little for myself about UnityX, but it is known that it has a sidebar as app drawer, new top panel, where we see the use of RAM and CPU, launcher sections and open applications.

And another thing: this will be the desktop that Ubuntu Unity 21.10 will use Impish Indri, which will keep the Remix label until it becomes an official flavor. When they launch the first ISO we will be able to try all the benefits of UnityX, and I am not lacking.