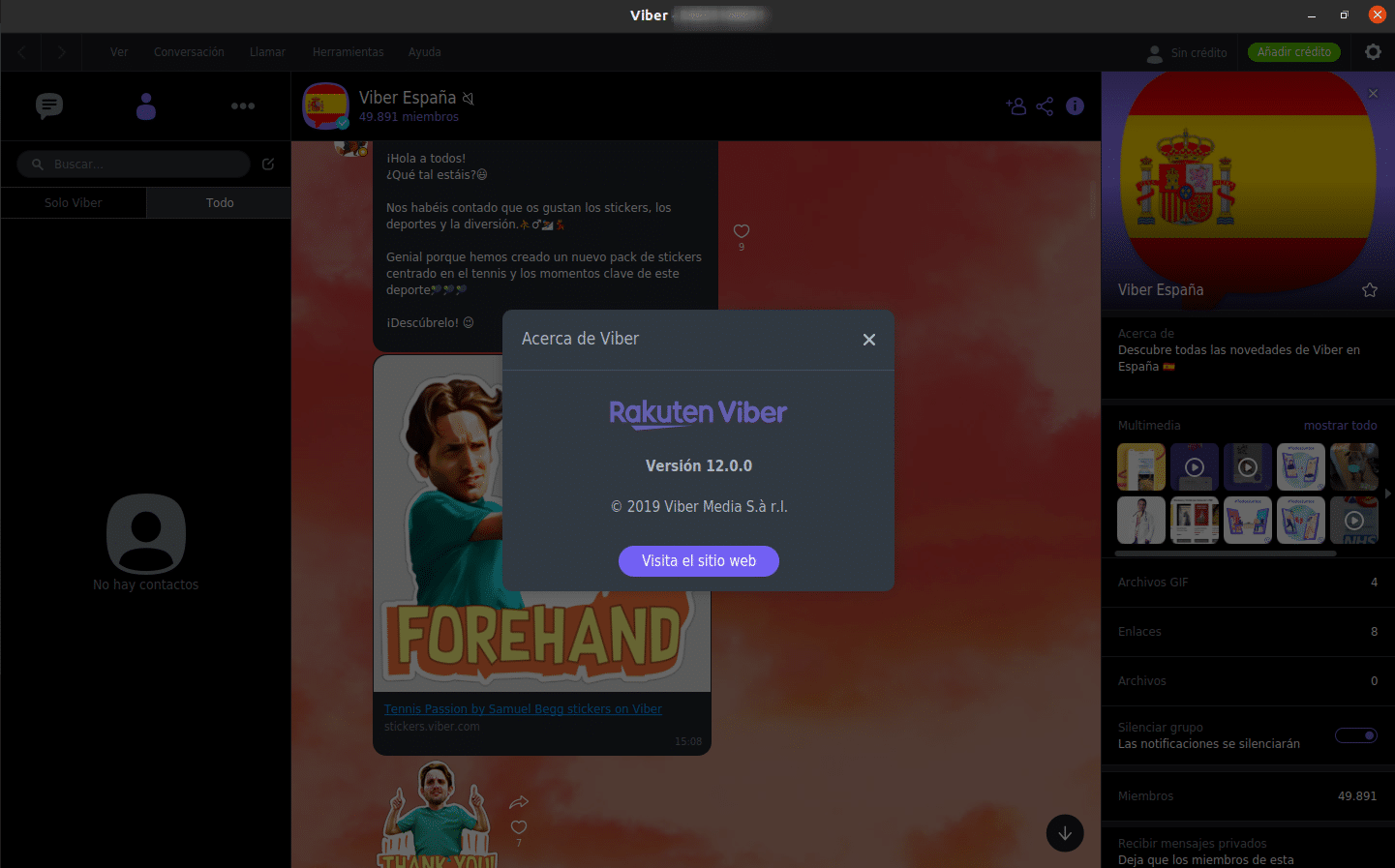 In the next article we will take a look at how install desktop client for Viber in Ubuntu. With this client, users can make free calls, send text messages, or send audio and video files to other users. Viber was originally developed for mobile users, although it was later developed as a client application for desktop users. This cross-platform communication tool is available for Gnu / Linux, Windows and Mac operating systems.

Application offers users many features, such as text messages, photos, labels, group chats, calls, synchronization, etc. It also offers completely free voice and video calls to other Viber clients, so it could be an alternative to Skype.

Install the client for Viber on Ubuntu 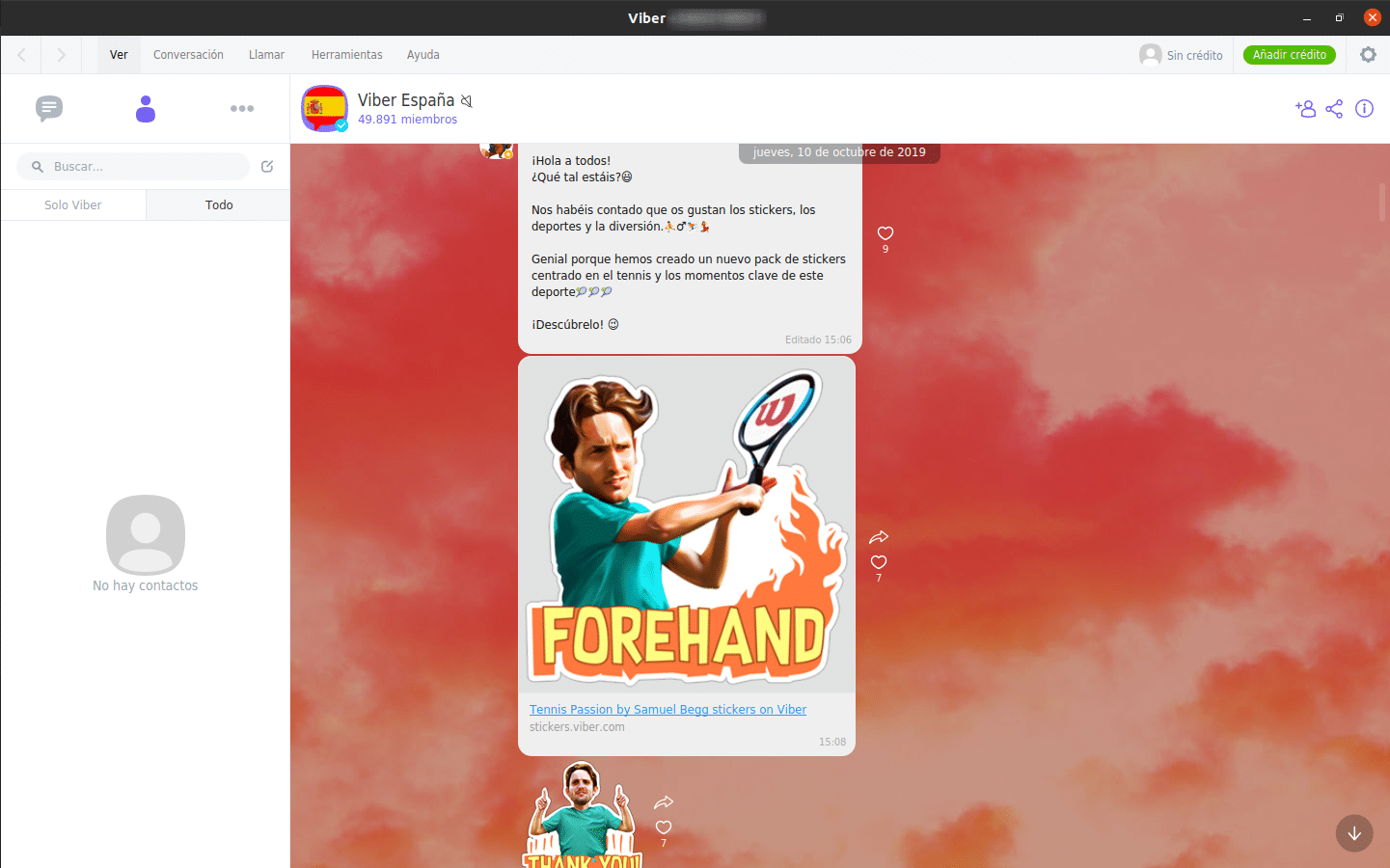 In the following lines we are going to see how we can install the Viber client on the Ubuntu desktop. The commands and procedures described below will be tested on Ubuntu 20.04.

Viber is available as .deb package on the official website. To get started, let's download this .deb package using the wget command in the terminal (Ctrl + Alt + T):

Once the download is finished, we can install the package using the following command in the same terminal:

As you can see in the above screenshot, while installing Viber I received the following error with the message; 'dpkg: error processing viber package'. If this is your case and you receive the error indicating the lack of libssl1.0.0, you can solve it by installing the missing dependency. To do this, you just have to run the following commands:

Once the download is finished, we can install dependency that we were missing:

If you have installed the desktop client for Viber using the .deb package, and now you want remove it from your team, you just have to run the following command in the terminal (Ctrl + Alt + T):

The unofficial Viber client is also available as snap package. These types of packages are applications packaged with all their dependencies and required libraries.

To install any Snap packages, we must enable them on our system. In Ubuntu 16.04 and later versions, snap is already installed, so we can go directly to the installation. In the event that this package is not yet on your system, you can install snapd package necessary using the following command in terminal (Ctrl + Alt + T):

At this point, to install unofficial Viber client snap package, we will only need to type the following command in the terminal (Ctrl + Alt + T):

The above output shows that the Viber application has been successfully installed on the system.

If you used the snap package, run the following command in the terminal (Ctrl + Alt + T) to remove it from the system:

If you don't have Flatpak support enabled on your system yet, start by following the steps a colleague recently indicated to enable this technology in Ubuntu 20.04. Then you can install this client for desktop as Flatpak package opening a terminal (Ctrl + Alt + T) and typing in it the following command:

For, remove Ubuntu Flatpak package, in a terminal (Ctrl + Alt + T) you just have to type the command:

Once the client is installed on our desktop, we can start the program by searching for it in our system. We are just going to have to go to the Activities tab or press the super key (Windows or Apple key) on the keyboard, and type viber in the search bar that appears. By clicking on the icon, we will start the program.

The following window will open on the desktop when we start this client for the first time after installation. It is important to be clear that we must have Viber on our mobile phone to be able to use it from the Ubuntu desktop. Using the onscreen instructions, Viber can easily be used from Ubuntu. 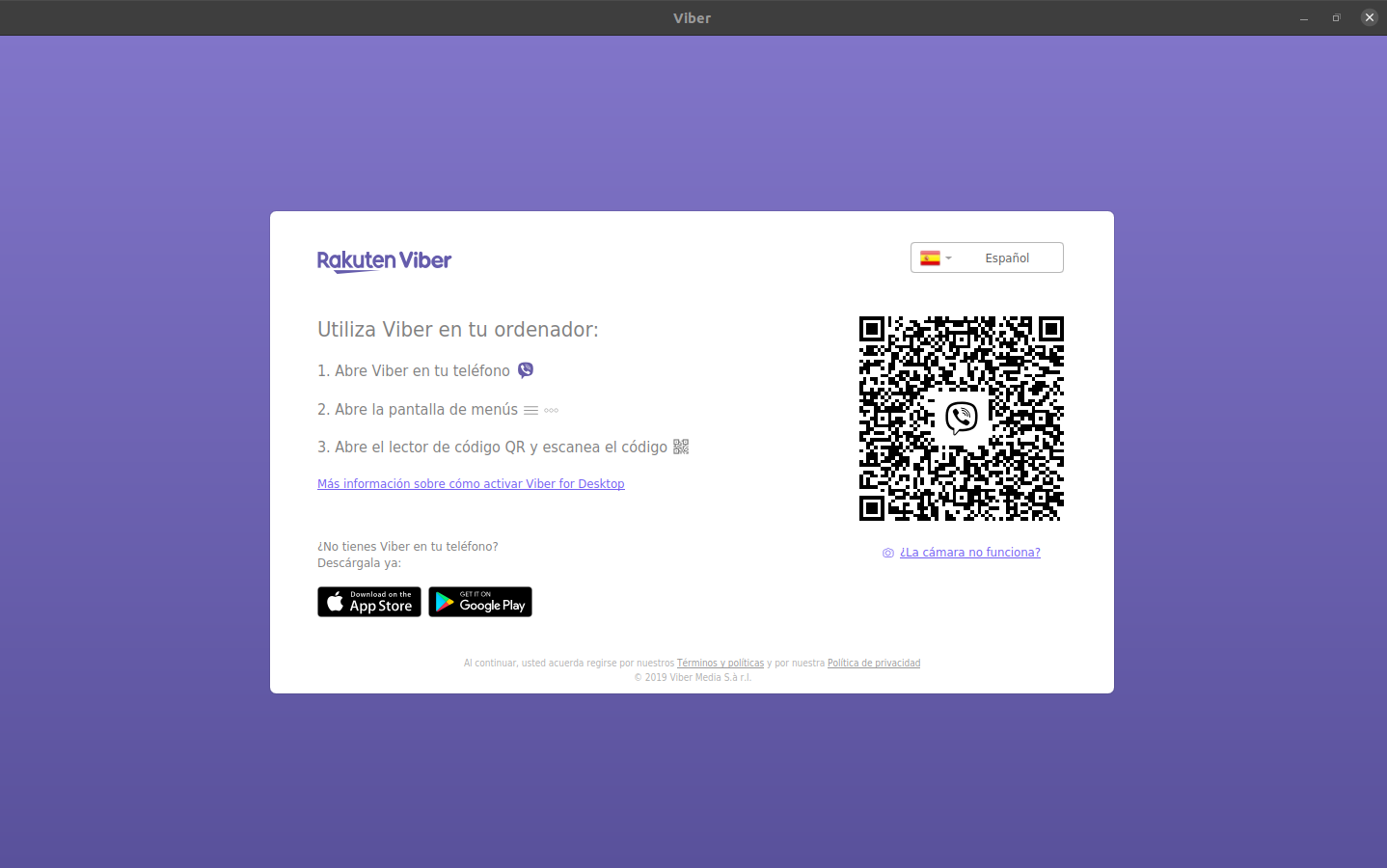 Users can check all the features that this program offers, on the project website.