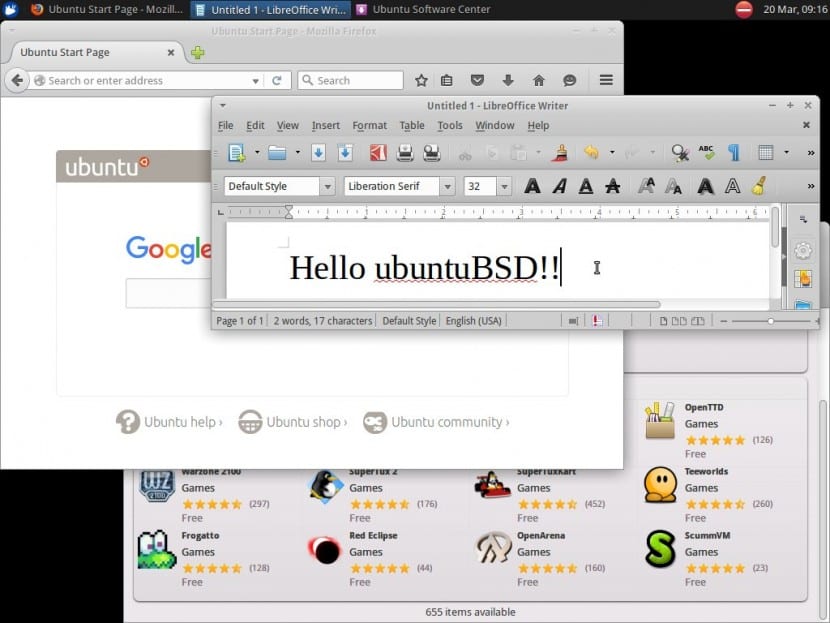 Many of you may remember the old Ubuntu motto, "Linux for humans." Now we can finally say that there is a version of "Unix for human beings", since a new project has appeared that intends to unite a kernel from FreeBSD with Ubuntu: ubuntuBSD. The project is still in beta, and is based on FreeBSD 10.1 and Ubuntu 15.10.

The project carries online and since March 12 and has been created by Jon Boden, and takes its inspiration from Debian GNU / kFreeBSD. Something like this BSD version of one of the distros most popular is something we had never seen in Ubunlog, and the guys from softpedia have been able to access one of your installation images to do a little system test.

First, they note that the installer works in a similar way to Ubuntu's alternative ISOs, using Debian's text-based installer. This clarifies the type of user targeted by ubuntuBSD: advanced users looking for a more robust and reliable operating system. But this is not all, there is still more.

XFCE as desktop and ZFS as file system

When using a kernel the FreeBSD system use the Z File System or ZFS, which combines a file system with a Sun Microsystems-designed logical volume manager, to which is added a UFS-formatted partition for the directory /boot. ZFS is fully integrated into ubuntuBSD.

ubuntuBSD can be found at SourceForge like a ISO image for 64-bit systems. If you work with servers regularly and want to create a test virtual machine to see how it works, do not hesitate to come and leave us a comment with your impressions.