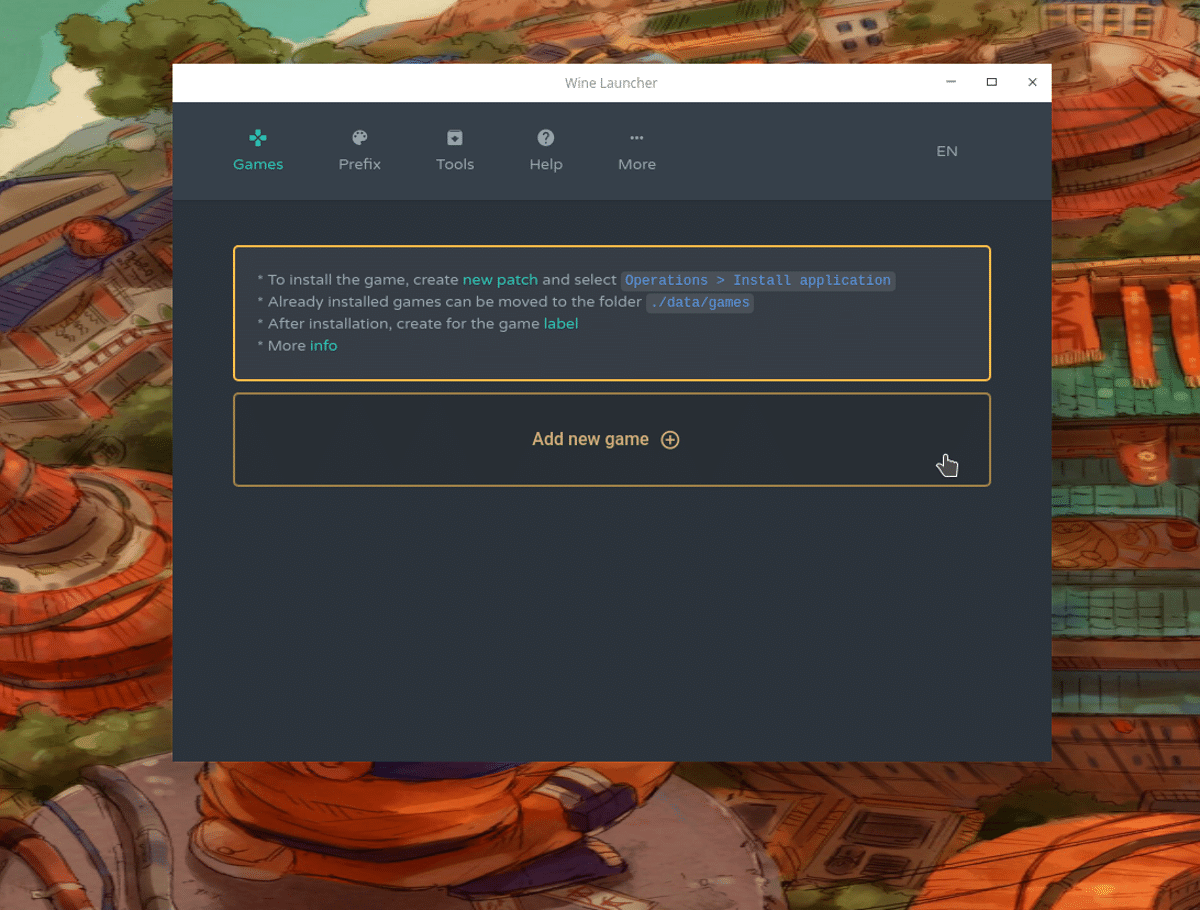 Recently the release of the new version of Wine Launcher 1.5.3 was announced, which is an application that we have already talked about here on the blog and since then various versions have been launched and on this new occasion that we return to follow up on the application, we find that it is already in this new version 1.5.3.

And it is that in this new release, many aspects of which we had already commented at the time have been improved and for example of the new changes that we can find is that the forced exit of Wine has been implemented, as well as improvements of the drivers Mesa, OpenGL, gamepad support, and much more.

For those who are unfamiliar with Wine Launcher, they should know which, as its name implies, is a Wine launcher that is geared towards video games. Wine Launcher is a project that if you have tried PlayOnLinux, Lutris and / or Crossover you will immediately have the feeling that you are with an application that takes something of each one.

This project It is characterized by being developed as a container for Windows games based on Wine.

Among the characteristics of the project stand out the modern style of the initiator, the isolation and independence of the system, plus provide each game with Wine and Prefix separately, which ensures that the game does not crash when updating Wine on the system and will always work.

In this new version of the application of the most important changes that stand out, we can find that Wine forced termination was implemented before exiting the application. The reason for integrating this forced exit is to correct the cases in which the Wine process hung like a zombie after finishing the game.

Another change that has been made is that added TABLE_GL_VERSION_OVERRIDE setting, which allows to avoid some Mesa driver errors that prevent the launch of OpenGL games, in addition to the diagnostic page now shows the output of the OpenGL version supported by the video adapter.

On the other hand, also added support for gamepads is highlighted, with which a function is also implemented that allows you to play games that are not compatible with a gamepad. From the implementation characteristics, hthere are various layouts for each gamepad and separate settings for each game. The HTML5 Gamepads API has also been migrated to node-gamepad, this eliminated the need to press gamepad buttons to initialize within WL.

Finally, if you are interested in knowing more about it you can check the details In the following link.

How to install Wine Launcher on Ubuntu and derivatives?

This application does not have compiled packages for each distribution, but rather a single package is generally distributed To which we only have to give execution permissions to be able to launch it, with which basically in almost any Linux distribution the package is functional.

The only dependency it requires is to have Wine installed. To obtain the package, simply obtain the most recent package (we can obtain this from the following link).

O from the terminal by typing:

We give permissions and execute with: 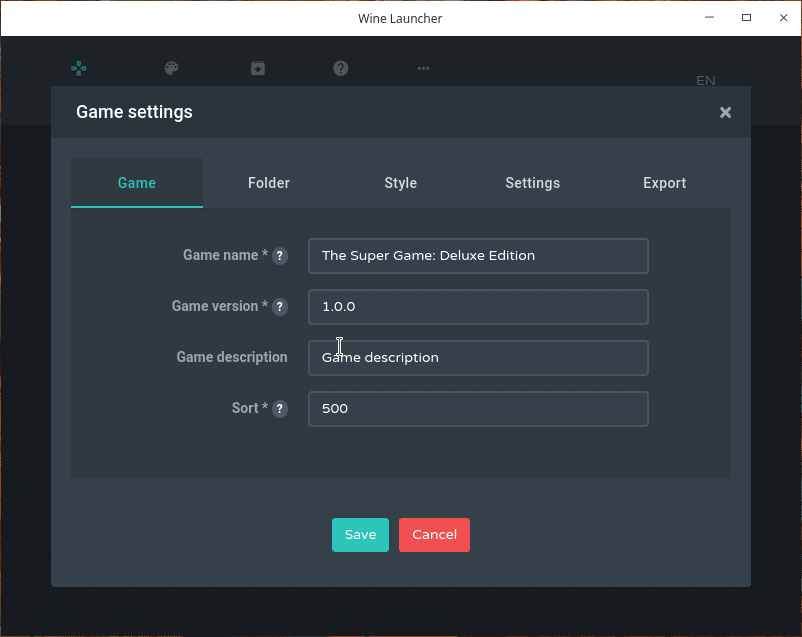 To add a game, just click on "add new game" and the following window will open where we will place information about the game: