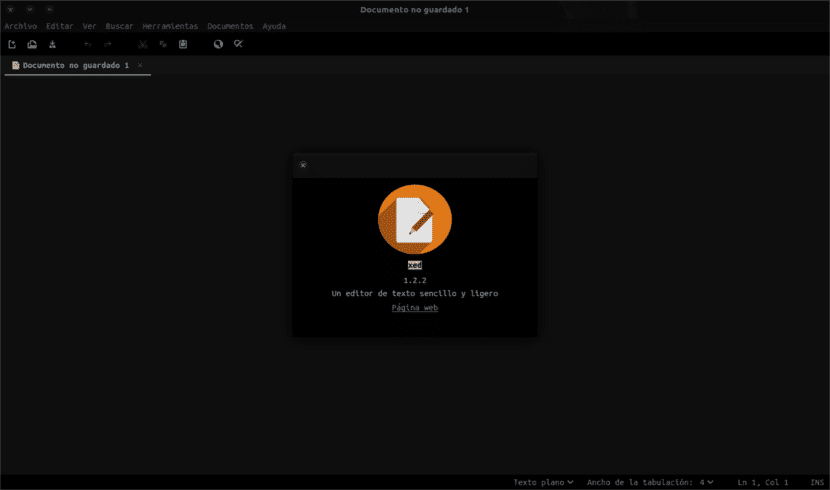 In the next article we are going to take a look at the Xed text editor. In the Gnu / Linux world there are many text editors available, such as command line editors (vi, vim, nano and so on) and GUI editors (Gedit, Pen, Kate and so on). As always, in the Gnu / Linux world there is always room to try new things like Xed. Although it must be clarified that this program is not new since it has been available to users for a long time.

This program supports the editing of multiple text files in one window (using Tabs) like any other text editor. Us provides support for UTF-8 files, it compares files, it also offers us source code syntax highlighting, automatic indentation and manual indentation, printing, print preview support and many other standard features.

The text editor Xed offers most of the standard features of the typical editor, expanding these basic functionalities with others that are not usually found in simple text editors.

The plugins that we can use with this program can extend the functionality of the Xed editor. Some plugins are included with it by default to help the user be more productive. Currently includes support for spell check, compare files, view CVS ChangeLogs, and adjust indentation levels.

This editor will offer us full support for UTF-8 texts. It will also make it easier for us to read the text through the syntax highlighting. The automatic indentation and the configuration of its values ​​will also be available to users.

With this program we can edit remote files without any problem. It will also provide us with the very useful option to find and replace in the text that we are editing. The support of iprint and print preview They are also considered among the characteristics of this program. We will be able to edit several files in a single window using the tabs. 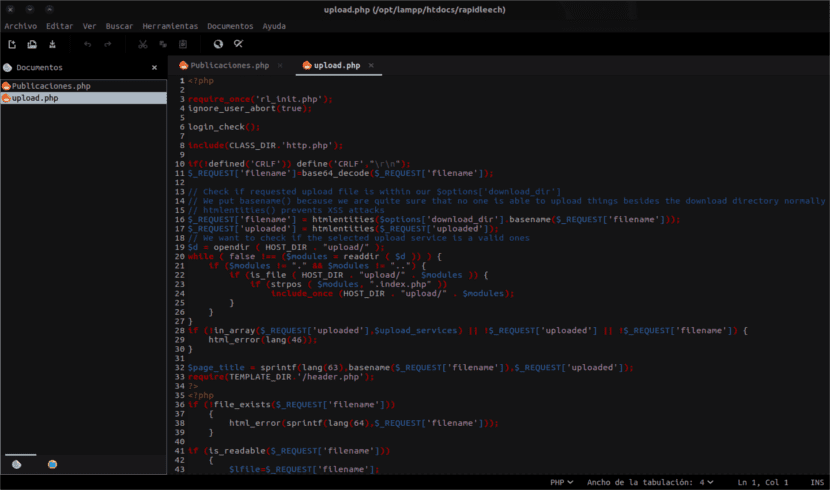 The configuration of the program preferences will be complete, doing so highly configurable. The Plugin system can also be configured as best suits us, giving us optional support for Python.

Between the pre-installed plugins we are going to find: the word count, spell checker, change the selected text, a file explorer, sort, insert Date / Time and the possibility of creating a list of tags.

Another interesting option that we will have with this editor will be the file comparison. This option will show us a result similar to the one that the diff command would give us in the terminal. It will also offer us the possibility to see the history of the file that we have in hand.

Those who need it will be able to consult the characteristics of this editor on their home page. GitHub.

To install Xed in our Ubuntu system or derivatives we are going to use different PPAs, depending on the version of Ubuntu that we use. We are going to differentiate them between Ubuntu 17.XX and Ubuntu 16.XX.

Install on Ubuntu 17.04 and derivatives

To install Xed Text Editor in Ubuntu / Linux Mint we are going to open a terminal (Ctrl + Alt + T) and paste the following commands into it to get hold of the program:

If you have installed this application in Ubuntu 17.04 or derivatives, you can uninstall it by opening a terminal (Ctrl + Alt + T) and typing the following:

On the other hand, if you have installed this program in Ubuntu 16.10 / 16.04 / Mint 18 or derivatives, you can uninstall it using the following commands in the terminal (Ctrl + Alt + T):