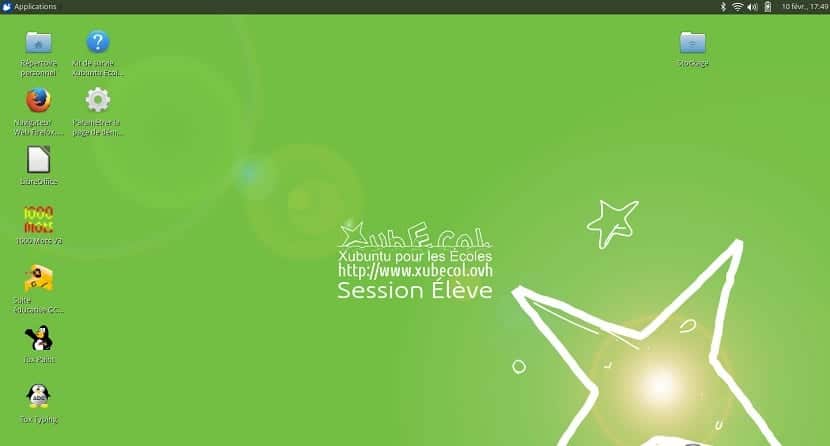 There are many Linux distributions, each one intended for a particular use or simply for general use, such is the case of the best known from which the others are derived and each one created for different uses.

Although for the educational field there are really few the distributions that have that focus and I say this taking into account the large number of distros that exist and these for education really represent very little.

It is because of that Today we are going to talk about an excellent Linux distribution which takes Xubuntu as its base and it is from where the developers of this start to be able to offer a system for schools.

The distro that we will talk about has the name XubEcol.

This catalogs itself more than a system if not as a solution that can be installed in rural schools, according to the directors, to extend the life of computers whose original proprietary systems have become obsolete.

The configuration with printers, video projector is ensured, as well as the training and maintenance of the user.

As everybody know, Schools do not have the same equipment as large multinationals, which is why in many institutes the equipment they have is classified as obsolete,

And the problem has worsened since Microsoft abandoned Windows XP in April 2014. It is financially and technically inconceivable to upgrade everything to a newer version of Windows.

With which they are practically forced to update their equipment to support their newer versions and this is where not all of them are viable. 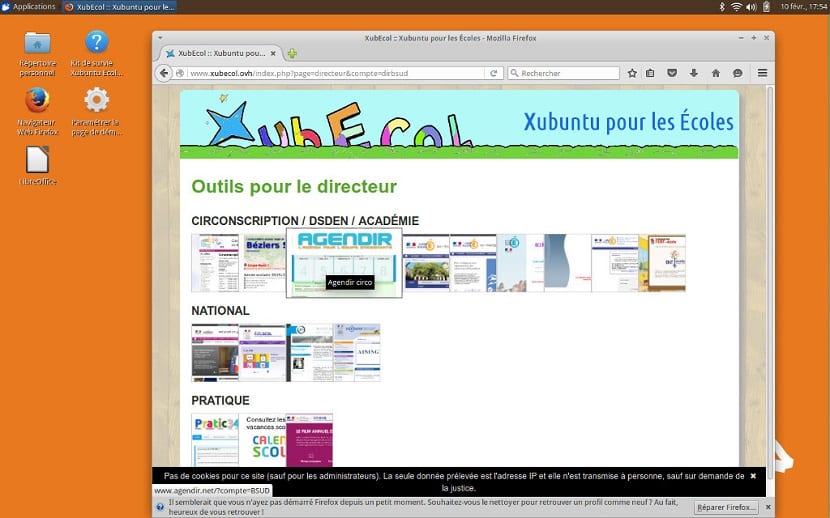 Why Xubuntu and why customize it?

Xubuntu is a small Linux distribution that you no longer need to introduce. It has been shown that it is now possible to have a system that is low on resources, reliable and secure. Its very classic interface is easy to use, it does not differ much from that of Windows XP or 7.

It is very resource efficient and therefore allows to revive old computers like many of the Linux distributions, Xubuntu is fully customizable.

In this distribution we find that the following applications were removed: Abiword, Gnumeric, Pidgim, Gmusicbrowser, Transmission, Xchat, Word, Thunderstorm

As average To ensure the students' web browsing as much as possible, they decided to configure the Firefox browser with the following options in the student session:

Si want to download this Linux distribution it is enough to go to its official website and in it we can obtain the download links of this distro.

And as mentioned, it is a distribution that is focused on low-resource computers, so we can find the 64-bit version, as well as the 32-bit version of this distro.

Currently the XubEcol distro is in its version B1809 which is based on Xubuntu 18.04.1 LTS Bionic Beaver, with the updates of September 2018. The link is this.

The ISO image offered for download is generated with the Pinguy Builder tool.

A shortcut to the installer is located in the XubEcol directory of the home folder (student session). A script allows the construction of this adaptation from Xubuntu.

The image can be recorded on a USB with etcher.

Additionally, the developers of this Linux distribution offer on their website some customization scripts in which users can use them to customize the distribution according to the needs they have with the system.