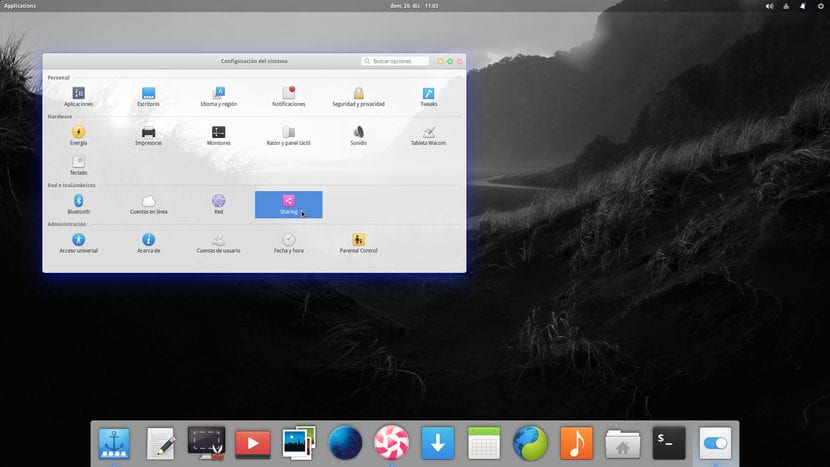 Last week, not happy at the time with Mutiny from Ubuntu MATE, I set out to try Kubuntu again, another graphical environment that I love. The problem was that I downloaded the beta 2 of Kubuntu 16.04 and it did not want to install on my PC. Having already messed up the system I had installed, I set out to give Elementary OS, for me another most attractive distribution. But I ran into another "problem": some functions that are in Ubuntu 15.x-based versions onwards are not available because Freya is based on Ubuntu 14.04 LTS.

I am totally convinced that I will give it another chance in the future and if it doesn't cause me any major problems, it could be that I will quit Ubuntu MATE. Elementary OS has a difficult time if you don't launch your releases faster (they are "a year behind"), but it may be worth it. The next version of Elementary OS will be 0.4, it will be named Loki and it will be based on Ubuntu 16.04 LTS, so it will have to be taken into account. The problem, as I mentioned above, is that it will still take time to launch. Yes, you can test your graphical environment on Ubuntu 16.04.

First of all I would like to advise that, as you will see if you enter the commands, the software is in testing phase and may cause some problems. If we take into account that "only", in quotes, we will be installing a graphical environment, the problems should be solved by returning to the environment we usually use, but you can also remove some packages. In short, you will do it at your own risk.

To install the graphical environment of Elementary OS 0.4 Loki in Ubuntu 16.04 it will be enough that we open a Port and let's write the following commands:

Once installed, what we will have to do is Sign off, touch on the environment icon, its position will depend on the version of Ubuntu we use, and let's choose Elementary.

I have tried it and, well, I will just say that it shows that it is in the testing phase and it is not worth doing important tasks with it. In any case, as I have already done, I will leave it installed and see how it evolves. Have you tried it? How about Elementary OS Loki on Ubuntu 16.04?

Full path to article: ubunlog » Ubuntu-based distributions » Do you want to try Elementary OS 0.4 Loki on Ubuntu 16.04? We show you how