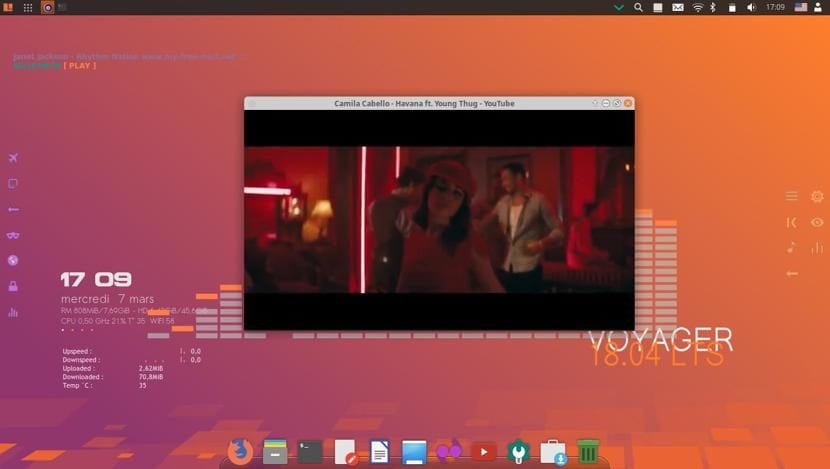 Good morning, well a few hours ago the new stable version was officially released of this French variant based on Xubuntu, VoyagerLinux, a distribution in which I have already mentioned on several occasions in this blog.

VoyagerLinux It is not another distribution, but its creator proclaims it as a Xubuntu customization layer, which started as a personal project and with the passage of time I made the decision to share it with the world.

The idea of ​​creating an extra customization layer to Xubuntu, arises with the need of the demand for multiple profiles, that is, to have a system that can be used both for games and for multimedia activities, as well as to maintain the privacy of the user.

Voyager 18.04 LTS is multi-profile and multi-tasking in an aesthetic and immersive environment as much as possible and this, from the origins of Voyager, to make the time spent on your machine more enjoyable. In short, the general idea is that, for each profile, we would have standard options available that we can or cannot activate.

Basically that is what makes Voyager Linux a multi-profile customization layer.

About this new version of Voyager

In the applications that make up the system We find the Linux kernel 4.15 as the core of the system as well as the desktop environment Xfce in its version 4.12 along with all its features.

The environment comes with Synapse application launcher which allows us to start applications, as well as search and access relevant documents and files using the Zeitgeist engine.

In this version the developer added to Gufw Firewall, which is a designed to be user friendly firewall developed by Ubuntu. Use the command line to configure iptables using a small number of simple commands.

Some Gnome tools have also been added in the system, among which we find Gnome Disk, Gnome Calendar, Gnome Encfs Manager and some others.

On the side of the software added to Voyager 18.04 LTS is Kodi, Smtube, VLC media Player, Gradio, LibreOffice, Firefox, Transmission, Piding, CoreBird, Gimp, Simple-Scann, Shotwell, Clementine, Vokoscreen among others.

And how has it been happening Voyager developer shared some disagreement by those users who do not quite understand that it is simply a personal project so it does not intend to create a more complete development that meets the demands of others.

So of course this project is not going to please everyone, especially for those looking for minimalists with a few launchers or those who want to do everything themselves, which I respect, but it is better for them to change their mind or distribution to avoid unnecessary disappointment. Know that it doesn't bother me at all. My goal is to share an adventure in the heart of digital with as much passion as respect for the letter of freedom, sadly trampled on the image of the man of today. But nothing is lost, the battle does not begin.

Even though it is based on Xubuntu, this layer of customization demands a little more system requirementsThis is due to the variety of effects and applications that have been added.

Any equipment from 8 years ago can run this distribution without problems, but without further ado I leave you the requirements to be able to run it on our equipment.

Finally, in order to obtain this system, we only have to go to its official website and download the ISO of this new system. Or you can do it from this link.