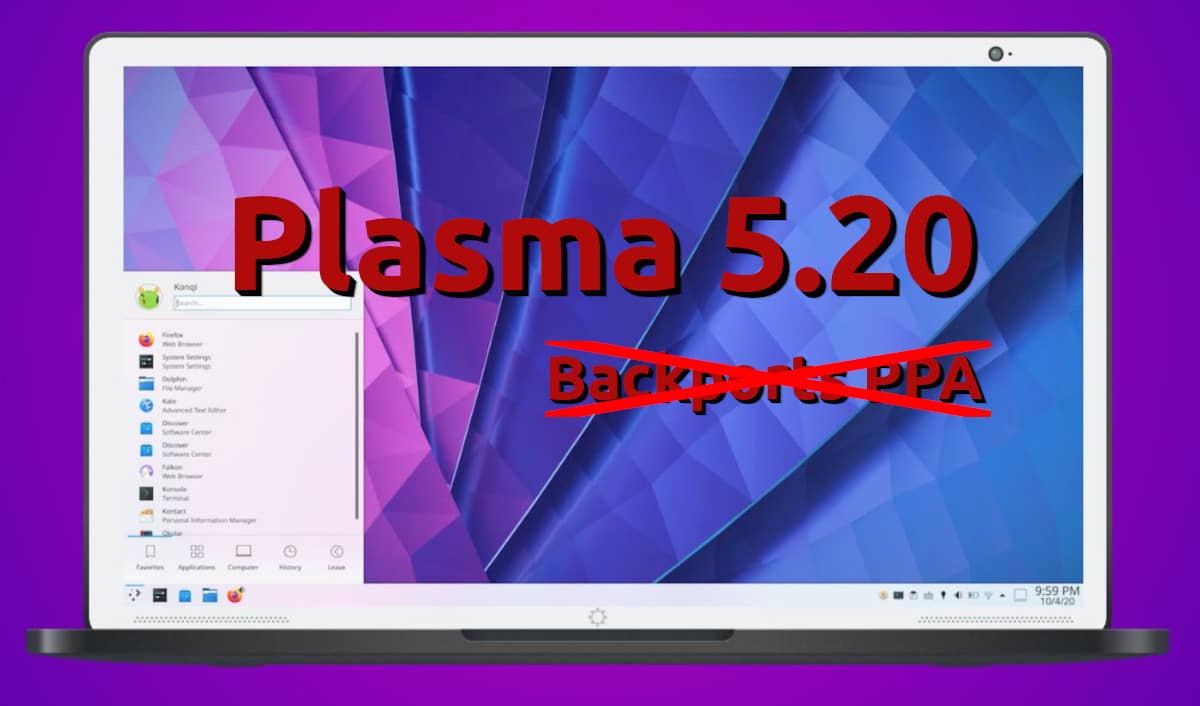 What a bummer. And history repeats itself. Months ago, KDE released Plasma 5.19, and the new desktop came instantly to KDE neon and soon to distributions using the Rolling Release development model. When Kubuntu + Backports PPA users saw that they were releasing point updates and they did not reach our Discover, we asked ourselves "what happens?", To investigate and find out that it depended on a Qt 5.14 that we could not install until the launch of Groovy Gorilla. Well, history repeats itself, this time with plasma 5.20.

This is information that they do not publish with great fanfare. We are the users who have to get into the forums or consult to find out what is happening. Last summer, after a query on Twitter, Rik gave us The bad news. This time the exact same thing happened, and it was the same Rik who gave the same answer, but this time to tell us that Plasma 5.20 depends on Qt 5.15, and that they do not plan to do the Backport.

It is sadly not buildable in backports, as it requires Qt 5.15.

Unfortunately it cannot be built in backports as it requires Qt 5.15.

Personally, until Plasma 5.19 this had never happened to me, I returned to KDE at the beginning of 2019 and stayed because, then yes, everything worked fine and without all the glitches that I experienced in the past and made me return to GNOME. With this Plasma 5.20, I will experience the delay twice in a year, but this is more painful. The new version includes many notable new features, not to mention that it has been available since before the release of Kubuntu 20.10 and I will have to wait at least six months to be able to install it officially, although in reality I will go directly to Plasma 5.21, or 5.22 if said version maintains its dependency on Qt 5.15.

It is reasons like this that make me look askance at Manjaro, a system that I use on my Raspberry Pi and on a USB next to an older laptop. If I have decided to stay on Kubuntu it is because it is supposed that, being more conservative, it is also more stable, but These delays, of no less than six months, hurt. I hope that KDE will fix it again so that Kubuntu + Backports users will enjoy its news again as soon as we did in past releases.